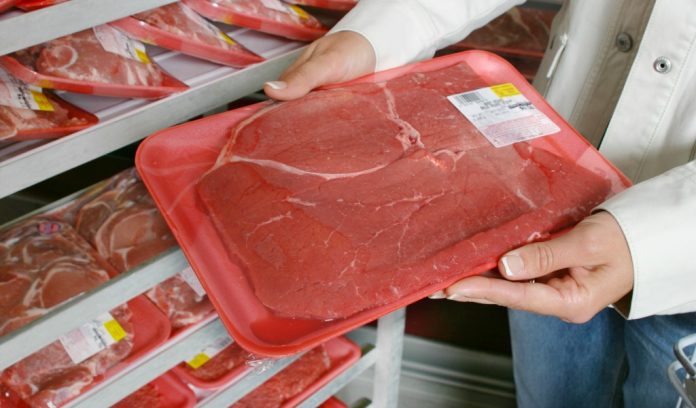 SALEM, Ohio — Country of origin labeling, or COOL, could be back on the table after cattle ranchers sued U.S. Department of Agriculture over labeling concerns.

The Ranchers-Cattlemen Action Legal Fund, United Stockgrowers of America (R-CALF USA), a national group of independent cattle producers, and the Cattle Producers of Washington, filed a lawsuit June 19 against the USDA.

The lawsuit seeks to overturn a March 2016 decision by the USDA to revoke regulations requiring imported meat products to be labeled with their country of origin.

“Once the (meat) product enters the U.S., it is treated as a domestic product,” said Bill Bullard, CEO of R-CALF USA. “Beef itself is indistinguishable as to its origins by consumers. So packers can put it alongside domestic beef and they can charge the same price for the imported beef as domestic beef,” said Bullard.

This hurts U.S. producers by lowering the prices on domestic cattle, he explained. “The lack of these labels allows meat packers to exploit ranchers on one end of the food chain and consumers on the other,” he said.

Elizabeth Harsh, executive director for the Ohio Cattlemen’s Association, said OCA can’t comment on the lawsuit at this time. However, OCA’s perspective in regards to COOL, is that “it was the law of the land for six and half years and showed no positive impact,” said Harsh.

She added COOL was poorly executed and never covered all aspects of the beef industry, noting that food service was exempt.

Darol Dickinson, owner of Dickinson Cattle Company in Barnesville, Ohio, said he believes COOL is beneficial. Right now, the U.S. imports beef from 27 countries and none of them have proper sanitary inspections in place, he claimed.

He said if the U.S. were to import beef from Ireland — where a cow was confirmed with atypical bovine spongiform encephalopathy, or mad cow disease, in January — and a quarantine was put in place, there would be no labels to indicate where the meat came from.

“It would shut down all production,” hurting domestic ranchers in the process, said Dickinson. “It is so dangerous not to have COOL labeling.” The affected cow did not enter that country’s food chain.

Aside from contamination concerns, Dickinson said the U.S. consumer wants to know where their food comes from. “It’s a no-brainer, really,” he said.

The lawsuit is part of “a multi-prong strategy,” said Bullard. R-CALF has also filed a white paper on how to restore COOL under NAFTA and has submitted comments to the national trade office representatives. The third part is to encourage Congress to draft legislation on COOL, said Bullard.