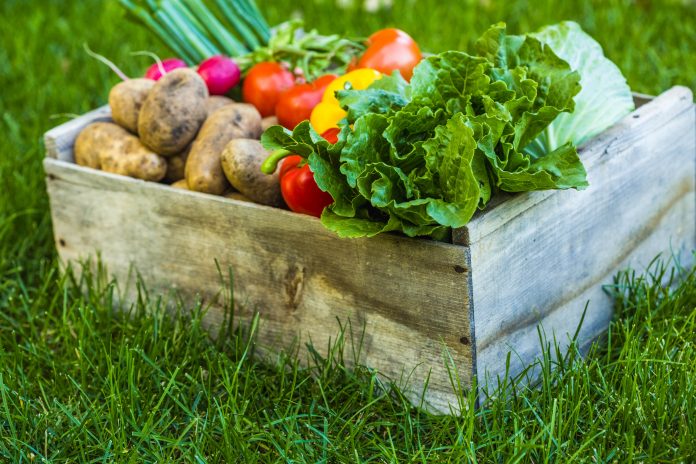 Ever since she helped found the Oberlin Food Hub, in Ohio, in 2015, Cullen Naumoff said she has constantly had to educate people about what food hubs are and how they work. But the pandemic has started to change that.

“It catapulted the food supply chain to the front of the New York Times,” Naumoff said.

Food hubs are organizations that work to get food from local farmers to wholesale and retail customers, so that smaller farmers can better compete with economies of scale.

This year, Naumoff found that for the first time, she didn’t have to educate people she talked to on how brittle food systems can be. People were experiencing it firsthand.

And, she believes, it accelerated the demand for Farm Fare, the company and software platform that she left the food hub to co-found in 2017.

Technology needs for a food hub are a little more robust than for an average, small farmer, said Dave Sokoll, current director of the Oberlin Food Hub.

A farmer might just need Quickbooks and a website, he said. A food hub, on the other hand, has to work with and keep track of multiple farmers in different areas, and sometimes a wider customer base than an average farmer, in addition to any other food hubs it works with.

Farm Fare is designed to help food hubs manage inventory and distribution, and collaborate with other food hubs.

Naumoff grew up in a small town in Wayne County. She likes to tell people that she was a “champion pig shower” at the county fair. When she graduated from high school, she wanted to get out of rural America. She studied industrial engineering.

But a project in Appalachian West Virginia focused on economic revitalization got her thinking more about how agriculture could be part of that. So, about 10 years ago, she found herself back in the agriculture world.

When she eventually moved back to Ohio, settling in Oberlin, Naumoff stayed focused on how agriculture can help develop or revitalize local economies.

Naumoff started thinking about challenges for local food systems when she was with the Oberlin Food Hub.

“It really helped me understand the economics of the supply chain,” she said.

The way that the food hub operated, with a centralized warehouse and distribution routes from there, was similar to the way larger, industrial food systems run. But on a smaller scale, it was harder to have the same level of efficiency.

Naumoff and co-founders, Daniel Conway, of Great Lakes Brewing, and Laura Adiletta, former chef and food writer, came up with the idea for Farm Fare after talking about how technology could help local food systems be more efficient at gathering food.

Farm Fare, Naumoff said, builds on her work with the food hub. The platform is designed to help food hubs work together by sharing data, including inventory, so they can buy and sell to and from each other when needed.

Farm Fare also hires sales people to sell to institutional accounts, since they return high value, but also take a lot of effort to land. And, it finds truck fleets in the area that have the capacity to take on food hub orders, especially trucks with empty back hauls, who can then make money on a drive they have to make anyway.

On the data side, the platform is also putting together data on supply, demand and what a region’s land and soil are well suited to grow so they can help family farmers decide what to grow. The company is also working on a dynamic pricing tool so food hubs can automatically adjust their prices on a weekly basis.

The platform currently has several users in northeast Ohio, and is bringing on a few more in Montana and Washington.

Sokoll, currently a director for the food hub, used to be a salesman for Farm Fare. He wound up at the food hub in 2019, when the previous director stepped down. The hub gets produce and other products from six to 20 farmers per week.

The hub works with several other food hubs and local food groups, including the Cleveland Food Hub and Local Roots, in Wooster. They sometimes share infrastructure for storing or freezing products, or serve as drop off or pick up locations for farmers.

“I think the real work of making these things happen is the relationship building,” Sokoll said. “I’m not a big tech or software guy. That’s where [Farm Fare] has just been really useful.”

The food hub uses Farm Fare mainly for booking and scheduling trucks and vans for food deliveries. It has also used the platform’s software for managing inventory. It currently isn’t using that part, as Farm Fare just released a new version of the software, but Sokoll said he is in the process of reloading data into the new system to start using it again.

That part of the software helps him keep track of when he got particular orders, how long they will stay fresh and other key information.

Over the years, Farm Fare had a pilot program and a beta launch. The platform for the pilot was built by a contracted firm — none of the three founders have a software development background.

While the networking model was a hit, Naumoff said, they wanted someone with more technology skills to build a better platform. So they hired Anthony Coble, also from Wayne County, to be the head of product for the company. Coble led the building of the updated version of the platform.

Farm Fare is also transitioning to be a steward-owned company. The company will be owned by a trust, instead of investors or the founders. Naumoff said that transition will help protect the company’s mission.

During the pandemic, some food hubs, Naumoff said, have experienced up to 400% growth. To meet that demand, food hubs had to work together.

Sokoll said the pandemic has strengthened the food hub’s relationship with some hubs, and sparked new relationships with others.

Despite the challenges of this year, many local farmers have had strong sales and even had challenges meeting demand at times, he said. Some lost customers with restaurant closures, but were able to reconfigure their businesses to sell into the retail and wholesale markets.

“It was incredible, from my position, to see the flip,” he said. “The relationships we already had made it easy to do some of that pivoting.”

Sokoll sees local food and food hubs across the country doing good work together. He believes that’s the gateway, and if given the chance to strengthen, regional food systems are resilient enough to work if they are cutoff from the national supply chain.

“It’s a tough time. It’s a scary time. We don’t know what’s going to happen,” Sokoll said. But knowing that there’s potential for more collaboration, “it does feel kind of hopeful.”