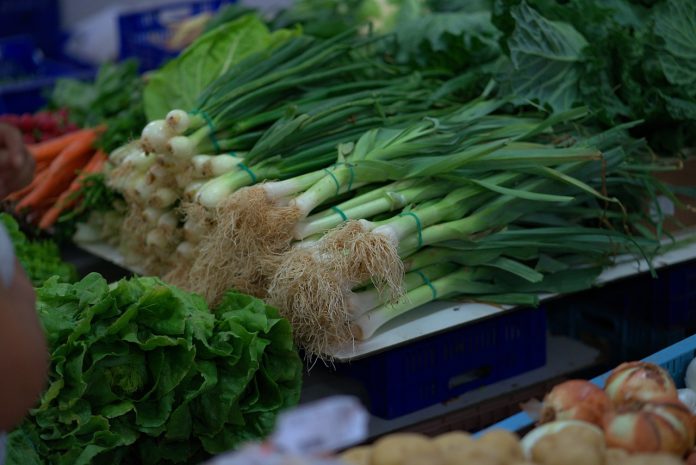 Ohio and other Great Lakes states could become national leaders in water quality and availability discussions, in the face of climate change and food supply chain challenges. With drought and water availability becoming more of a challenge to the west, the state could attract farmers seeking a place with better access to water.

“We are the freshwater kingdom of the world,” said Marcy Kaptur, D-Ohio, during the Ohio Food Policy Network’s virtual summit Nov. 8.

In addition to addressing climate change, working on soil health and making sure that state and federal programs work for small farmers, in addition to larger farms, will also be key for building more sustainable and resilient local and regional food systems, according to speakers at the summit.

“We want to continue to learn and grow from past and current realities,” said Michelle Brown, chair of the network’s steering committee, during the summit.

During the summit, the network, a volunteer group of organizations and people across the state, recognized Kaptur with the Ohio Food Hero Award, for her work promoting and supporting local food systems as a member of Congress.

Kaptur also provided some updates on federal legislation and policy connected to farming and food systems. The departments of agriculture and energy have been discussing ways to help greenhouse producers address climate change and move more production to Ohio, she said. At one time, many considered Cleveland the greenhouse capital of America.

Years ago, a lot of vegetable production moved towards California, where there was cheaper water. Now, with water shortages becoming more of an issue in that area, it might make sense for some to come to back to Ohio or the Great Lakes region.

About $47 billion of the funding in the recently passed infrastructure bill is related to climate change, she added. She is encouraging people involved with food systems to work with her office and Ohio’s land grants to figure out how to access some of that funding to help address local issues with flooding, irrigation and pollution.

The pandemic has also been a major challenge for many farmers, Kaptur noted. Through the American Rescue Plan, one of the COVID-19 relief bills Congress passed, some legislators are working with the department of agriculture to offer more funding for local processing. They are also trying to make sure smaller farmers benefit from purchasing programs.

The foundation for addressing many food and farming issues, however, is soil health, said Ohio Rep. Juanita Brent, D-Cleveland, during the summit.

“Everything goes back to the soil — everything,” Brent said. This general assembly, Brent and other legislators are working on policy about soil health, including legislation that would introduce a soil health task force. That task force would include representatives from farm groups, the legislature, land grant universities and more.

Soil health connects with challenges for growing food, algal bloom issues from runoff into Lake Erie and high lead levels in the ground in parts of Cleveland, Brent said.

Soil health also connects to land access. In addition to challenges for beginning farmers with getting land in rural areas, people in areas where soil is contaminated may not be able to use their land to grow food.

One major area of focus for farm and food policy over the next few years will be the next farm bill. The last one, passed in 2018, included quite a few provisions for local and regional food systems, and for urban agriculture, said Wes King, senior policy specialist with the National Sustainable Agriculture Coalition.

But while programs or policies included in the farm bill are authorized, they aren’t always funded or implemented right away.

Some receive specific funding or spending authority, but others receive discretionary funding, which means they have to go through another process to be funded. And, for example, while the bill created an office of urban agriculture and an urban ag research and extension program at the U.S. Department of Agriculture, some aspects of those programs are just now being implemented, several years later, King said.

The 2018 farm bill was estimated at $428 billion, with 76% of that going towards food assistance programs, King said.

On the food assistance side, Kaptur is hoping to get more funding for the Seniors Farmers’ Market Nutrition Program, and the Women, Infants and Children Nutrition Program in the next farm bill. The senior program currently gets about $20 million nationally each year. Based on demand, which has increased during the pandemic, she would like to see that upped to about a billion dollars.

It’s early in the process for the next farm bill, expected in 2023, so it’s hard to know what that bill might contain yet, King said. The coalition is currently talking to people about what might be needed in that bill.