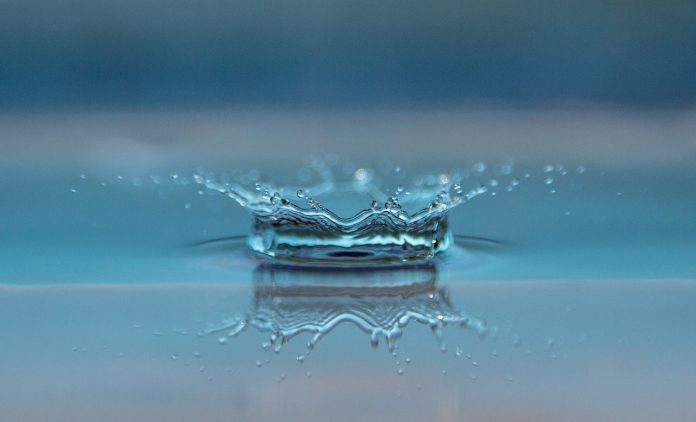 Despite opposition from dozens of Ohio’s environmental and conservation groups, the Ohio House passed a bill to deregulate the state’s ephemeral streams.

Even if the bill passes the Ohio Senate, it could be struck down if the U.S. Environmental Protection Agency reverses a Trump-era federal rule — a decision the U.S. EPA is currently considering.

The bill passed largely on party lines Sept. 29, mirroring fierce arguments that have dominated the legislature about a host of issues, including the pandemic and the 2020 presidential election.

Supporters of the bill say it stops the state from regulating what amounts to “puddles” or “raindrops” and relieves financial burdens on businesses. Opponents of the bill, however, say ephemeral streams are important for ecosystems and for water quality, and deregulating them could cause serious issues for Ohio’s water quality.

Those opponents have included several dozen environmental groups and private citizens who testified before the House agriculture committee this year — and the Ohio EPA, which currently handles permitting around ephemeral streams in the state.

“We do see a step backwards, if we lose all regulatory authority over these resources,” said Laurie Stevenson, Ohio EPA director, in informal remarks to the House agriculture and conservation committee May 25.

The bill covers “ephemeral features,” which it defines as water that flows or pools only after precipitation, like rain or snow, and does not include wetlands. Ephemeral streams move water, nutrients and sediment, and can create wildlife habitats, among other functions.

Under the bill, Ohio EPA would no longer issue permits for projects that impact ephemeral streams, and discharging sewage and other pollutants into ephemeral features would not be prohibited.

Stevenson wrote in May 19 testimony on the bill that the Ohio EPA does not consider things like agricultural and roadside ditches to be ephemeral streams, and does not regulate puddles or tire tracks. The agency estimates ephemeral streams make up about 36,405 of the total 115,206 miles of primary headwater streams in Ohio, or, about 31%.

Mažeika Sullivan, director of the Schiermeier Olentangy River Wetland Research Park, at Ohio State University, told Farm and Dairy a lot of water protection rules come down to connectivity. Navigable waters are protected. The debate around what other waters should be protected usually comes down to how connected they are to navigable waters.

And on that issue, Sullivan said, the federal Navigable Waters Protection Rule that removed ephemeral streams from federal protection in 2020 “grossly deviated from what the science said.”

“All of these are absolutely connected, so changes to ephemeral streams can have measurable changes to downstream water quality,” he said. Removing those waters from protection gives a green light for them to be destroyed, filled in or polluted.

The U.S. EPA announced in June that it is revising the federal rule. Legislative Service Commission analysis of the bill said since federal law takes precedent over state law, if the U.S. EPA starts regulating ephemeral features again, and if the Ohio bill is enacted, a court could find it unconstitutional.

In sponsor testimony earlier this year, Rep. Brett Hillyer, R-Uhrichsville, said the bill would relieve burdens on businesses from fees associated with regulations. Hillyer did not respond to a request from Farm and Dairy for further comment.

Industry groups that testified in favor of the bill said the fee structures for the general permit can add tens of thousands of dollars in costs onto a project. They said the bill would offer more regulatory certainty, and would reduce costs and barriers for economic development.

With the exception of Reps. Haraz Ghanbari, R-Perrysburg, and Laura Lanese, R-Grove City, who both voted against the bill, legislators voted along party lines, with Republicans in favor and Democrats against.

Hillyer urged a “yes” vote on the bill, highlighting testimony from Richard Warner, an emeritus professor at the University of Kentucky in biosystems and agricultural engineering, who was one of about a dozen proponents that testified in favor of the bill this year.

Warner argued that deregulating ephemeral streams would have environmental benefits and that instead of restoring ephemeral streams, developers should follow best management practices for managing stormwater. Warner did not respond to a request from Farm and Dairy for further comment.

Rep. Juanita Brent, D-Cleveland, argued that testimony against the bill from Ohio environmental groups and agencies and concerns from the hundreds of citizens who contacted her office and other representatives offices’ should outweigh Warner’s testimony.

“The Ohio EPA testified against this … They are our subject matter experts when it comes to that,” Brent said.

She also said the bill is prioritizing businesses over Ohio’s water quality.

The bill goes to the Ohio Senate for consideration now.