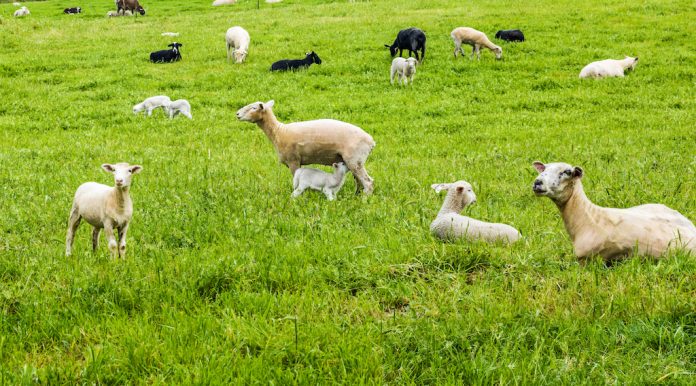 The new position will cover both the sheep and goat industry in Ohio. Having someone in that role will help the university identify and meet the industries’ needs, and help Ohio sheep and goat farmers get more access to research and education on their industries.

“It gives us the opportunity to provide more … educational programming,” said Roger High, executive director of the Ohio Sheep and Wool Program. “It’s just nice to have a person out there [whose] job is to commit to the small ruminant producers here in Ohio.”

The sheep and goat industries are growing in the state. Ohio ranks third in American Sheep Industry state association membership, and is the largest sheep, lamb and wool producing state east of the Mississippi River.

John Foltz, chair of the Ohio State’s department of animal sciences, thinks the increase in interest reflects increasing ethnic diversity in the state. They’re also smaller animals, so people with less land may be able to raise them. They’re cheaper and easier to handle for 4-H’ers, which might account for some of the growth in those projects at fairs.

Sheep and goats have also been good gateway animals for students at Ohio State, he said.

“The growth in interest in those animals comes about because a large percentage of the students in our department did not grow up on farms,” Foltz said.

The position will be about 80% extension work and about 20% research.

“Since it’s a majority extension appointment, we want somebody who understands the role of extension,” Foltz said. “I think it’s just understanding the industry and then what their needs are … part of that is just getting out and working with people.”

The main responsibility that comes with that is working with people throughout the state, including other extension offices and educators, the youth development program and industry groups.

High previously held the sheep specialist role with Ohio State Extension. When he was in that position, he said, relationships with sheep industry groups were key. For this new role, that person will also need to form those connections with the goat industry.

The person who fills the position will also be expected to seek partnerships and grants to support their program and research from other agriculture industry groups and agencies.

“There’s commitment from the industry to make this work,” High said.

The funding commitment is for a year, and the Ohio Sheep and Wool Program will discuss extending that funding on an annual basis. High said it’s too early to know exactly what factors will influence whether the group continues to extend funding.

“It’s new, so we just have to … see how it goes for a year, and see if that’s something that we’re interested in continuing,” he said.

The position could begin as soon as August of this year, at the start of the fall semester. But since it’s not a teaching position, it could also begin later, after the semester has already begun.

While several faculty in the animal sciences department are focused on sheep and goats, the department doesn’t currently have expertise on those animals in extension. Replacing the vacant position has been on the department’s list for several years, Foltz said. He believes it will broaden the department’s scope and address the needs of the industry.

“The need never really went away,” Foltz said.“I think it’s incredibly exciting, and I think it’ll be great for our department and for the industry.”

Rebecca Miller, editor-in-chief of Farm and Dairy, is on the board of directors for the Ohio Sheep and Wool Program.