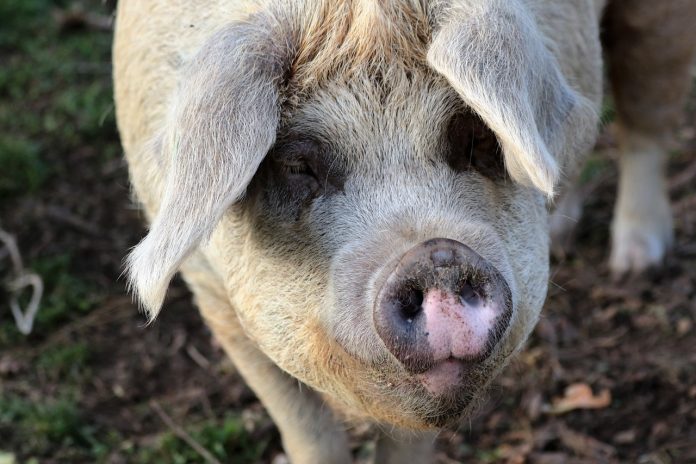 Continuing its march across the continent, African swine fever now has claimed its seventh Asian country, Myanmar, which is west of most previous known cases. If you include the Asian portion of Russia in this count, there are eight Asian countries battling ASF.

According to the World Organization for Animal Health, two far eastern provinces (not far from the Chinese border) have recently reported new cases of the disease on farms. While ASF had been found in eastern Russia before, these provinces had not reported cases previously. This marks the first cases in Eastern Russia since late 2017.

In the recent United Nation’s Food and Agriculture Organization report, the ministry of agriculture, livestock and irrigation confirmed that the country’s first ASF outbreak occurred in a village in Mongla Township, Kengtung District, Shan State, on Aug. 1. This is in the northeast part of the country near the Chinese border.

From there, new ASF outbreaks occurred in Panghseng, Matman District, and Mong Yawng, Tachileik, Shan State, on Aug. 10 and 11, respectively, also in the northeast.

Since its first report on Jan. 15, 2019, 11 outbreaks in six provinces and in Ulaanbaatar have been reported, involving 105 farms/households. More than 3,115 pigs, more than 10% of the total pig population in Mongolia, have died or been destroyed due to the ASF outbreaks.

The ministry of agriculture confirmed the occurrence of the first ASF outbreak in Chagang-Do in the northwestern part of the country on May 23, 2019.

Since the ministry of agriculture and rural affairs confirmed its first ASF outbreak in Liaoning province on Aug. 3, 2018, 154 ASF outbreaks have been detected in 32 provinces/autonomous regions/municipalities/special administrative regions.

More than 1.17 million pigs have been culled in an effort to halt further spread. Also, in mid-August, the government released statistics showing a 32.2% decrease in the number of live pigs and a 31.9% reduction of breeding sows in China for July 2019 compared with the same period last year.

Since the ministry of agriculture and rural development confirmed its first ASF outbreak on Feb. 19, 2019, a total of 62 provinces/cities reported outbreaks, with more than 4 million pigs culled.

The ministry of agriculture and forestry confirmed its first ASF outbreak in Toumlan District, Salavane province, on June 20, 2019. ASF outbreaks were reported in six provinces/cities, including in Phongsaly Xiengkhong, Huaphanh and Phongsaly provinces in July.

Since the ministry of agriculture forestry and fisheries confirmed the first ASF outbreak in Ratanakiri province on April 2, 2019, ASF outbreaks were detected in five provinces. New outbreaks in Kandal province were reported in mid-July.

Subsequently, the Cambodian prime minister issued a paper on preventive measures of illegal imports of pig and all kinds of pork-origin products.

After seeing suspiciously high mortality in backyard pigs recently, the Philippines ordered animal inspection points and a quarantine so officials can check pigs for signs of African swine fever and protect other animals. Blood samples from suspect dead pigs have been shipped abroad for testing.

According to the Philippine media, the increase in mortality has been seen about 16 km east of Manila in Rizal province. However, many other cities and provinces are taking action to prevent any potential ASF spread.

Some are implementing a “no veterinary health certificate, no slaughter” policy on hog farms to ensure that no infected meat gets into their markets. In addition, meat products coming from the major city of Luzon will be closely monitored, with even canned meat not allowed if it does not have supporting documents.

According to OIE reports, both Slovakia and Serbia are the most recent European countries to now officially have ASF.

Slovakia’s ASF status became official July 25 when the virus was found on a small backyard farm near the borders of ASF-positive countries, Hungary and Ukraine. On Aug. 11, Serbia reported its first ASF case with four actual ongoing outbreaks in backyard pigs.

Meanwhile, ongoing or new ASF reports continue in eight other European countries — Bulgaria, Hungary, Latvia, Moldova, Poland, Romania, Russia and Ukraine. While many of these reports continue to be from the wild pig population, some domestic herds are breaking with the virus, most notably including in Poland, a major pork producer for the European Union.