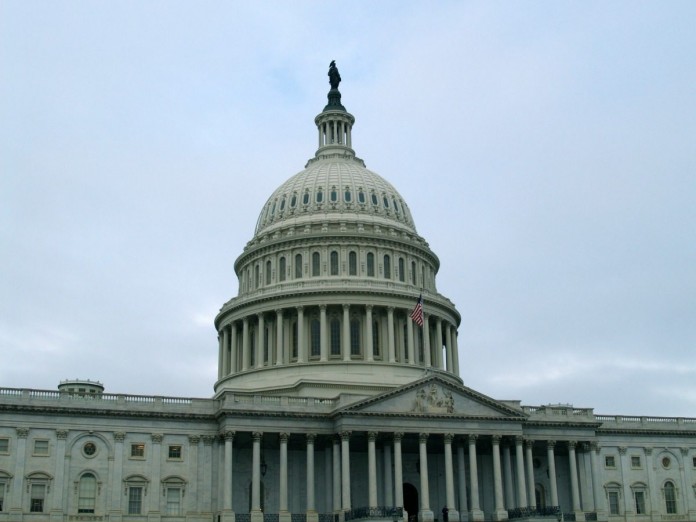 COLUMBUS — An Ohio State University economist worries that the partial shutdown of the federal government and a fight over the debt ceiling looming in Washington, D.C. has overshadowed discussion about the potentially devastating impacts of an earlier fight — the sequestration deal that went into effect earlier this year.

Mark Partridge said the Bureau of Economic Analysis, the Census Bureau, the Bureau of Labor Statistics and other federal agencies all have plans to cut back or eliminate key local and county-level data sets used extensively and for which there are no alternatives.

“People have lost focus on some really damaging effects that the sequester had on beneficial government programs,” said Partridge, professor of agricultural, environmental, and development economics in the College of Food, Agricultural, and Environmental Sciences. Partridge co-authored an article detailing these concerns in Choices magazine, a publication of the Agricultural and Applied Economics Association.

“The problem with the sequester was the across-the-board nature of it, without prioritizing what government programs are important,” Partridge said. “This is an important topic that is currently way under the radar.”

Partridge, who is also the college’s Swank Chair in Rural-Urban Policy, wrote the article with fellow economists Stephan J. Goetz of Penn State and with the Northeast Regional Center for Rural Development, and Maureen R. Kilkenny, senior fellow with the National Center for Food and Agricultural Policy.

Partridge additionally holds appointments with Ohio State University Extension and the Ohio Agricultural Research and Development Center, the outreach and research arms of the college.

The paper is online at http://go.osu.edu/data_sequester. The economists argue in the paper that the federal statistics on the chopping block are essential for understanding and analyzing key economic changes at the local level.

Private businesses use this data to understand local markets and make investment and location decisions, Partridge said. In addition, public servants use the data to project local needs for water, highways, energy and other infrastructure, and human resource experts use it to understand labor market trends and gaps.

Without this data, the economists write, it would be prohibitively expensive if not impossible for civil servants, analysts, or scientists to measure “how well are we doing” at the county level or to determine if economic development efforts are having the expected effects. Officials also use the data to identify people or businesses that are underserved, or to identify other problems such as fraud.

Having such data publicly available has made government more accountable, the economists argue: Functioning democracies need accessible data in order to assess the effectiveness of their public officials.

“We’re talking about programs that cost just pennies per person when supported by 300-plus million Americans,” Partridge said. “And this is data used by small businesses, by public officials, by government watchdogs — and, yes, by economists. We rely on it both in our research and in the classroom.”

Having access to public data such as this has, in the past, helped to level the playing field between small businesses and large corporations,
Partridge said. When this data disappears, large businesses will be able to afford to do their own research, but small businesses will not, putting them at a disadvantage precisely at a time when the economy is relying on them to boost employment numbers and investment, Partridge said.

“My best-case scenario, at least as far as federal statistical data collection goes, would be for members of Congress to realize that they are cutting programs that are being used by all of their constituents — businesses, governments, the public and the media — and these agencies will get a restoration of funding.”