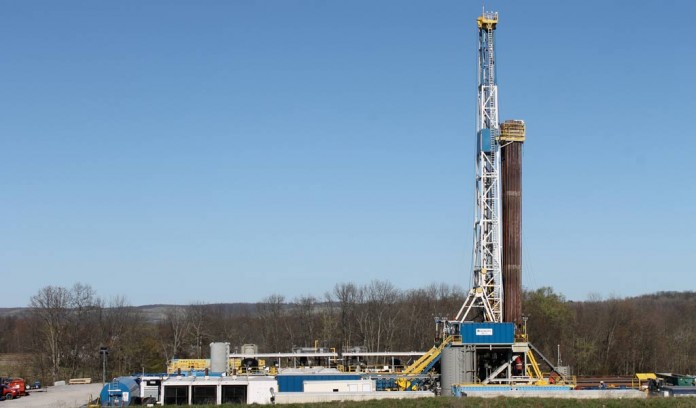 HARRISBURG, Pa. — While drilling of new gas wells in the Marcellus and Utica shale plays has fallen recently, industry experts expect renewed activity over many years once prices rebound.

To help drilling communities and the states of Pennsylvania, Ohio and West Virginia get the response to drilling right in the future, the Multi-State Shale Research Collaborative (MSSRC) released two documents: Lessons from the Gas Patch: A Local Government Guide for Dealing with Drilling; and A Report Card on Shale Gas Policies in Ohio, Pennsylvania and West Virginia, which grades three states on nine fiscal, social and economic policies related to fracking.

“A lull in the intensity of drilling provides an opportunity for local and state government to digest what has been learned from the 2007-12 drilling boom that caught most people by surprise,” said Jan Jarrett, a PBPC consultant who coordinated the publication of both documents.

“Local governments are on the front lines of helping quiet rural communities manage the influx of workers, trucks and activity that come along with unconventional gas drilling. State governments set the boundaries within which local governments respond and also have more authority in some areas. Taken together, these two documents present best practices to help communities and states learn from each other and from past experience.”

Lessons from the Gas Patch distills lessons for local communities from MSSRC case studies on four drilling counties (two in Pennsylvania, one each in West Virginia and Ohio) and from statistical analysis on the social impacts of fracking in drilling-intensive counties.

The Report Card grades state policies in nine areas such as whether the state has effective policies for growing in-state shale jobs, mitigating the boom-bust character of extraction, ensuring supplies of affordable housing, taxing the shale industry and tracking health impacts.

The report card does not address environmental impacts. All states get at least one F but any state would achieve a solid report card if it adopted in each area the policies of the state with the highest grade.

Achieving the “honor roll” would require lifting some grades above those currently received by any of the three states.

“In October 2015 the governors of Ohio, West Virginia and Pennsylvania signed a regional cooperation agreement aimed at promoting shale gas development that ‘optimizes added economic value to the Tri-State Region in a safe and environmentally responsible manner,’” said Stephen Herzenberg, director of the Keystone Research Center which houses PBPC.

“Our report card could help strengthen the tri-state agreement, and provides a tool for policymakers that want to align shale policies with the best interest of their states rather than defaulting to the preferences of gas companies.”

“As this report card shows, West Virginia, as well as all of the states in the Marcellus region, have room for improvement in their policies addressing the Marcellus boom,” said Sean O’Leary, senior policy analyst at the West Virginia Center on Budget and Policy.

“West Virginia would do well by using its tax policy to save for the future and by using the best available data to track jobs and development.”

“Ohio clearly has a lot to learn from our neighboring states,” said Amanda Woodrum, researcher at Policy Matters Ohio.

“While we might be ahead of the curve when it comes to mitigating road damage from heavy trucks hauling shale-related materials, we can and should study up on how to reduce negative impacts of rapidly rising rental prices in Ohio’s fracking communities, learn best practices designed to address the inevitable cycle of boom and bust associated with extractive industries, and get better educated on all the other negative external costs to communities that come with shale drilling. And most of all, we must look to West Virginia’s severance tax for guidance on responsible tax policy for the industry.”

“On issues such as enacting a severance tax, Pennsylvania has an opportunity to do just that.”

West Virginia earned an A on its Report Card for having an effective severance tax but Pennsylvania and Ohio both got Ds. 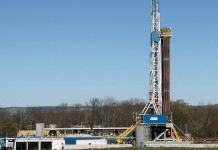 Natural gas and oil production jumps up in Ohio 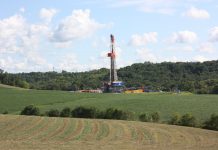 Natural gas and oil production up in Ohio 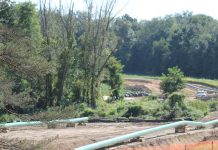