WOODSFIELD, Ohio — The first tractor a member of the Paulus family bought — a 23 horsepower, 1952 model Allis-Chalmers — is still being put to limited use at Paulus Farms.

“Most people wouldn’t think to use a 23 horsepower tractor to mow their lawn,” John Paulus said with a laugh.

Conservation of every kind, he added, has been a family tradition at the farm for generations.

The sense of tradition, however, has led to some surprisingly forward-thinking approaches to farming. 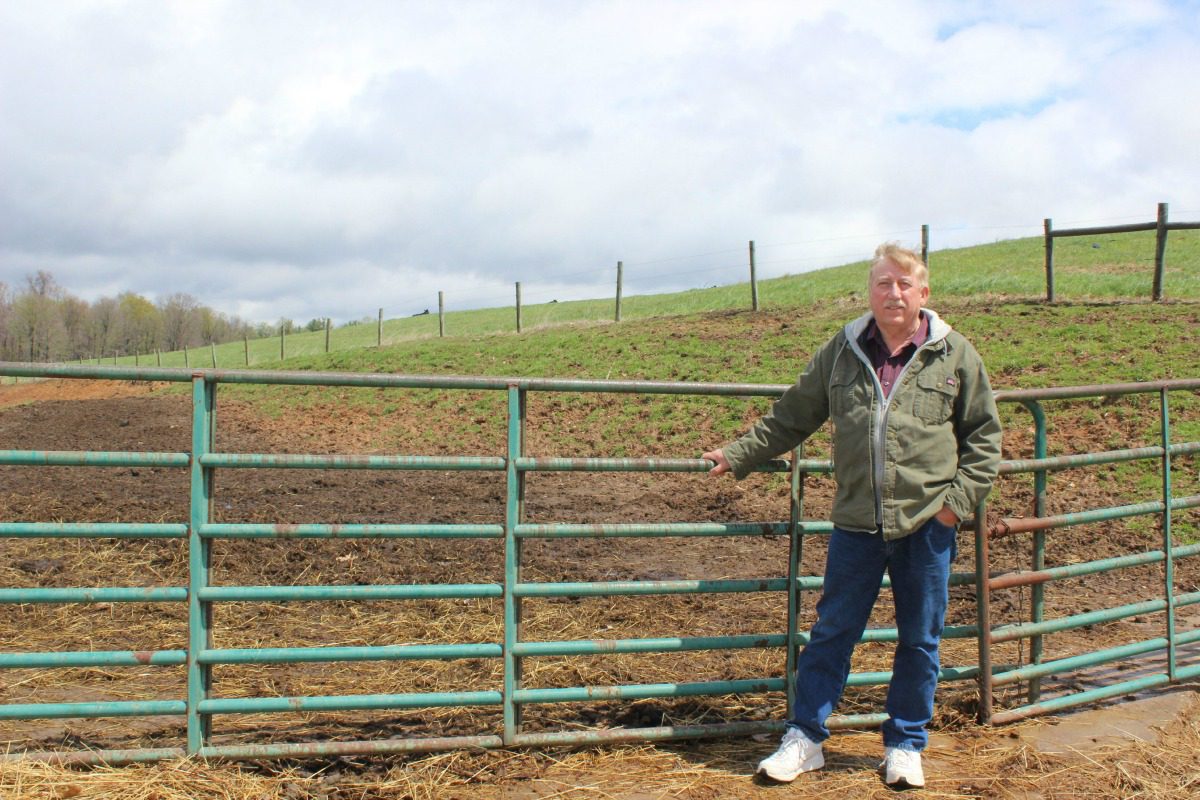 Portions of the Paulus property, in hilly Monroe County, have been in the family since the 1850s. John Paulus’ grandfather, Joseph Paulus, bought the current farm in the early 1900s.

“It was originally 80 acres,” Paulus said. “He built the house next door, where my dad was born, then kept adding ground.”

Currently, there are 300 acres in the family, with 120 acres “you can get a tractor over.”

His father supplemented his farm income with an insurance business, Paulus said, referring to the Francis J. Paulus Insurance Agency, which is operated out of a house on the farm. And he took the small dairy farm in the beef direction.

“Basically, we’d never transitioned to the bulk tanks and the dairy at Barnesville quit taking canned milk in the 1970s,” said John Paulus. “I grew up milking cows, but you needed a lot more cows and a lot more crops to be profitable.”

Paulus Farms is now a pasture-based cow-calf operation that uses stockpiled forage with small round hay bale production for winter feed in a strip-grazed system. The current herd includes 30 cows and 20 calves — plus “some heifers, pull horses, a few chickens, and we raise our own pigs, too.” Paulus said.

“It was the first baler we ever had on this farm and in 1967 we started doing winter pasture,” Paulus said.

Winter stockpiling of forage is accomplished, he said, by baling hay, then letting a second crop grow. The cows can then feed on both the pasture and the bales.

“We have a big round baler too, but with the big round bales, you are hauling it off to feed in racks or letting it roll out over the field,” Paulus said. “Winter stockpiling of forage saves a lot of labor because you are not hauling hay in or manure out.”

The herd is winter pastured from Thanksgiving through Feb. 15, he said, when they are fed on a heavy-use pad until about mid-April. They are then put back out to pasture.

“You can take the first crop off and then not graze it until later in the year,” he said, which means you can do it without stockpiling the hay.

“Any time you can pasture a cow, you’re not doing any work (or) handling manure. The cows are healthier, you don’t have mud issues, and there is less labor.”

Mud and erosion issues were addressed directly with the installation of the farm’s concrete heavy-use pad in 2005.
“Anytime you can get around erosion, for us, it is all positive,” Paulus said.

“We are definitely trying to grow the herd a little and it gives us more options for pasture and maybe hay making,” he said.

“I’m going to be 62, and most people my age are probably looking to slow down a bit.”

Instead, Paulus said, he wants to complete all new fencing on the farm so that when he does decide to “slow down,” the operation can continue to provide a partial income.

“We’ll rotate them [cattle] out every five or six days because they will always go after the best grass,” Paulus said, looking across the former brush land that is now in forage.

“From the looks of it, they are ready again now.”