Beep! Beep! Beep! Santa lazily covered his head with his pillow trying to block out the disturbing beeps of his alarm clock. Subconsciously, pushing the snooze button, he snuggled into his warm electric blanket, “Just five more minutes.” Fifteen minutes passed and the alarm didn’t beep. An hour later, Santa glanced at the alarm clock again and sat up with a start.

“Oh NO! I am late for Christmas!” He quickly jumped out of bed and wiggled into his furry red suit. He then rushed out of his room, only to collide with his assistant elf, J.C.! “I’m terribly sorry, sir, but I must inform you that we have experienced a traumatic power loss.”

“Well that certainly explains the alarm clock. Perhaps, I was better off with a rooster!” Santa chuckled. He absentmindedly rushed to his computer to print off geographic diagrams for various destinations on “Mapquest,” but the worthless contraption didn’t respond.

“I forgot no electricity meant no computers. What am I going to do?” “Well you can still deliver the presents in your red snowmobile. It does not run on electricity,” said J.C. brightly. “But how in the world am I going to know where to go?” Santa moaned. “With this” explained J.C. pulling out a neatly wrapped package. “A GPS! Then there is still hope!” “Farewell my trusted associate! I shall be off,” Santa said optimistically.

Santa’s eyes sparked and the color returned to his cheeks and nose. He then dashed outside, quickly installed his new GPS in his red snowmobile and speed off into the night. He hadn’t gone far when he realized that he had forgotten to enter the addresses of the children in his GPS and worse than that, even if he had remembered, he wouldn’t have been able to since he didn’t have the vaguest idea where to begin! He decided to call J.C. on his cell phone.

It rang and rang, but there was no answer. Feeling quite discouraged, Santa decided that the best thing to do is to go home and forget about Christmas. Santa turned his snowmobile around and headed homeward. It started to snow heavily making it more difficult to dodge the many pine trees that stood in his path.

Santa then started comforting himself by thinking of past Christmases when he would sit in front of an open fire, read letters and eat yummy sugar cookies. “Why is this year different?” Santa said out loud. All of a sudden he saw a brightly feathered bird run in front of his snowmobile. It was a rooster! “Why did the chicken cross the road?” thought Santa!

Cockle-doodle do! Santa sat up with a start and looked around. He couldn’t believe his eyes. He was back home, in his bed and there was no alarm clock or crazy appliances to delay Christmas. “I am so thankful that I don’t have to reply on electronics likes thousands of Americans- all they do is complicate their lives and my dreams!” 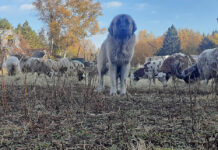 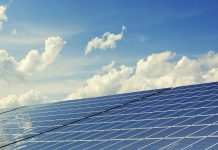 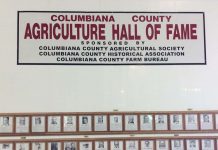