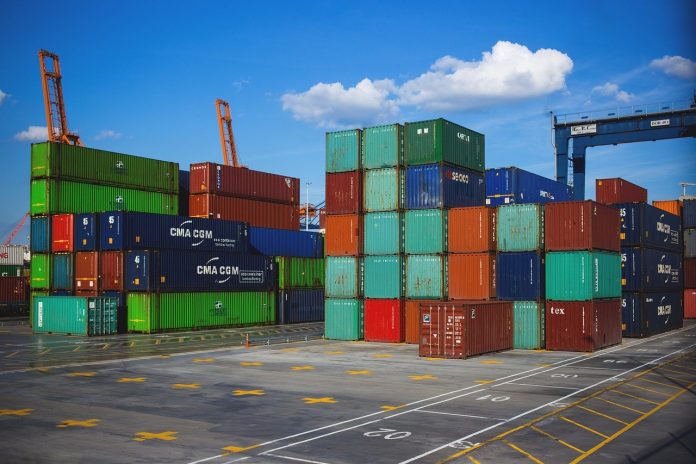 Not many people or events lead both the New York Times and CBS’s 60 Minutes television broadcast on the same day. The still-building mess at many American ports, however, pulled off that rare feat Nov. 14 by simply being the biggest rat’s nest anyone in port management, railroading, trucking, and the West Coast ag exporting business has ever seen.

In fact, the backlog of, well, almost everything not moving in or out of American ports is giving the word “chain”— as in supply chain — a new meaning.

Everyone from importers to exporters, farmers to foreign food buyers, and the White House to Santa’s workshop seems chained to the anchors of hundreds of ships waiting to be loaded or unloaded in or near U.S. ports.

The ports of Long Beach and nearby Los Angeles, which collectively handle 40% of American overseas cargo, are especially besieged.

For example, according to Times reporting, California Dairies, Inc., which manufactures and exports 50 million pounds of milk powder and butter a month from the California ports, has seen 60% of “shipments canceled or delayed” during the backup.

That costs the cooperative and its members a “catastrophic” $45 million a month. And the big dairy cooperative isn’t the only milk group soured by the bottlenecks.

Farm and ranch groups are increasingly frustrated with the delays. Right now, according to the Agricultural Transportation Coalition, 22% of all foreign agricultural sales are being lost to transportation “challenges.”

Bound to get worse

With no clear, overarching solutions in sight, it’s bound to get worse. Right now, noted an October report from the American Trucking Association, the U.S. is short 80,000 truck drivers. Moreover, it adds, another 80,000 will be needed by 2030.

The likeliest cure for the shortage, higher wages and better benefits, means today’s median trucker wage, $47,000 per year, will need to rise dramatically — and along with it, shipping costs.

An even bigger problem is American ports themselves; like most of the country’s infrastructure, they’re old, inefficient, and — relative to other ports around the world — an embarrassment.

On Oct. 19, Reuters reported that both the ports of Los Angeles and Long Beach “are some of the least efficient in the world.” In fact, “In a review of 351 container ports around the globe,” the news service noted, “Los Angeles was ranked 328, behind Tanzania’s Dar es Salaam and Alaska’s Dutch Harbor.”

Long Beach is worse: it “came in even lower, at 333, behind… Kenya’s Mombasa,” according to the ranking by the World Bank and IHS Markit.

Given their shameful positions, the ports would be more accurately named Lost Angeles and Long Beached. There are clear reasons behind these — and other American — ports’ poor performance.

As noted in the 60 Minutes report, the causes run from “antiquated booking systems” for returning shipping containers to more nuanced problems like most of the ports are locally owned and, therefore, locally controlled.

That means a local community can stymie a nationally vital port by not agreeing to build an access road or dredge a harbor entrance. That’s nuts.

Nuttier still is just how many rural-based U.S. representatives voted against the just-passed $1 trillion infrastructure bill that contains $17 billion to upgrade these antiquated ports that now badly handle the 20% of U.S. ag production — one-tenth of total U.S. exports — sold overseas every year.

While $17 billion is nothing to sneeze at, it’s a drop in America’s $2.5 trillion-a-year trade ocean. By comparison, Singapore, also a trade-dependent nation, is now spending $20 billion to build just one new container port.

So if you’re going to endlessly tout U.S. ag exports as the key to rural prosperity, you shouldn’t be a chicken when it comes to investing to make those exports happen.