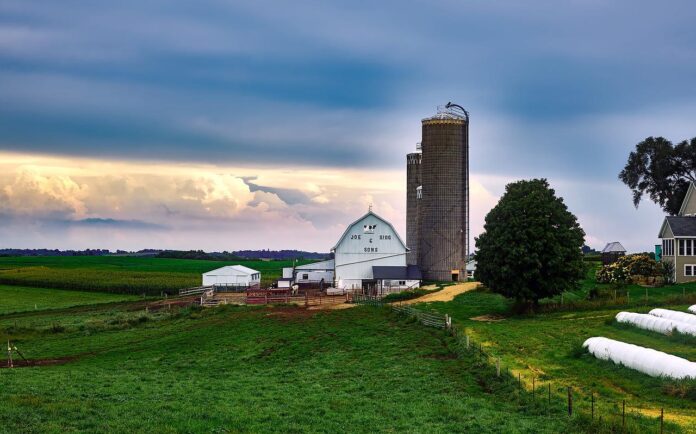 A sea of men clad in suits and hats stood towering over Billy, shoulder to shoulder in the 110-degree heat, fanning themselves with the sale bills they held in their hands while sweat poured down their faces.

At 11, Billy could not grasp the magnitude of the situation he was witnessing. It was not often that his father left the farm, and it was even rarer that he would only take Billy with him. Just the two of them. Today was June 17, 1936; it was going to be a big day.

His father, Jack, stood to his left, a mountain of a man to Billy, a man who worked harder than anyone Billy ever knew. He was a quiet man who never complained and would drop everything he was doing to help a friend or a stranger.

Jack was a fourth-generation farmer and proud of it. He and his father ran a state-of-the-art farm in Jefferson County and were the first in the county acquire to a tractor, even though Jack was an expert horseman.

After Billy’s grandfather’s sudden death, Billy noticed that things began to change. The tractor was sold, and his father went back to using horses. His father worked longer on the farm and was taking more and more odd jobs on the side. Billy had seen less and less of his father.

So, when his father came into Billy’s sparse room wearing a suit jacket over new bib overalls and told Billy to get dressed because the two of them were going to town, Billy jumped at the chance and was eager with excitement.

Wiping the sweat from his forehead with the back of his hand, Billy’s elbow jabbed the leg of the man who had just walked up beside him and was standing close.

Billy looked up to apologize to the man and saw his uncle, “Swick,” and his cousin Vance. Swick was the butcher in their hometown of Richmond, and young Billy had never seen him in a suit before or even without his butcher apron.

Vance was the son of Billy’s aunt who had died before Billy was born and was a tall strapping 28-year-old man who was a master with horses and Billy’s idol. It was odd to Billy that both men walked up and stood there and did not acknowledge Billy and his father.

All of a sudden, the murmurs of the crowd were drowned out by the booming toll of the courthouse bell, signaling that it was 2 o’clock. The man standing before the crowd atop the steps slid his pocket watch into his vest pocket and stepped forward.

“I am Sheriff Ray B. Long, and pursuant to an order of the Common Pleas of Jefferson County, I am hereby directed to offer today the sale of goods and chattels of John L. Dodds, Defendant in Case 26,861. The following goods and chattels will be offered on cash terms: two horses and one colt, 12 head of cattle, 50 head of sheep, four hogs, one hay loader, one cultivator, one mowing machine, one hay rake, one plow, one harrow, hay and corn.”

The words of the sheriff hit Billy with more force than when he was kicked in the chest by the mule several years ago. All his family’s farm goods were being sold!

He turned and looked at his father who had his head hanging down, his eyes closed, and wincing as each bid was shouted out. Within 15 minutes it was all over. Everything that was left of what his father had worked so hard for was gone.

Swick turned and extended his arm over Billy and gripped Jack’s shoulder. “Jack that was hard. You have nothing to be ashamed of; you were dealt a bad hand, but, Jack, I need your help. I just bought a plow, mower, rake and harrow and just realized I don’t have enough land to put them to use. I wonder if you can help me out and keep them at your place and use them so they don’t rot?”

Billy watched as his father who was biting his lower lip that quivered nodded his head and shook Swick’s hand. Vance walked up behind Billy and put his two massive hands on the young kid’s shoulders and gave a slight shake.

Jack nodded his head and the two men turned and left, leaving Billy and his father on the sidewalk.

The two of them rode in absolute silence out of town and through the countryside. A few miles before Richmond, the car pulled off the side of the road, and Billy watched as his father got out and walked over to and behind a large oak tree.

After several minutes, Billy got out of the car and strode over to the tree. There before him sat his father on bended knee with his face buried in his calloused hands and his whole body was shaking.

Sensing his presence, his father looked at him through his tears and with a shaky and broken voice said, “I have nothing. I lost it all and have nothing to my name. I have nothing to pass on to you and your siblings but the stain of my shame and failure.”

Jack Dodds and his father had mortgaged everything to improve their farm. What they did not expect was that a sudden death, a stock market crash, and heat and drought that brought on the Dust Bowl would wreck their plans with such devastating effect which was compounded by a family feud that Jack would have to declare bankruptcy and watch as his possessions were sold.

Billy was correct that morning he jumped in the car with his father: June 17, 1936, would be a day that he would never forget.

Jack Dodds never was able to rebuild his farm and ended up working for the local power plant and focused his energies on his garden. He passed away at the age of 66 after working relentlessly to ensure that his wife and family were taken care of in the future.

His son, Bill Dodds, went off and served in World War II and returned home and built a small house in the suburbs and retired from the U.S. Post Office. He lived a modest life and was a hard worker who had farming in his blood and was always available to help anyone in need.

Bill Dodds was my grandfather. He told me the story of June 17, 1936, several times and with every telling, tears would fill his eyes as he relived it all.

I visited him one day at the nursing home before he passed away, age and a failing body putting him there. He asked me if I remembered the story of his father going bankrupt and began to sob as he looked at me and said it was a curse apparently because he too had nothing to pass on to my brother and I.

By needing to go into the nursing home, Medicaid had taken everything, and he was left with nothing just like his father. He prolifically apologized, but he had no reason to.

Jack Dodds was a hard worker who believed in himself and felt that the risk of improving himself, his family and his farm was worth it; that takes grit, and sometimes the gamble pays off and sometimes it doesn’t.

Although he failed, by taking my grandfather with him, Jack showed his son how to take the hit with dignity and also how it is okay for you to break down and let the raw emotion go.

Moreover, my grandfather witnessed that day that when you give yourself selflessly to assist others, people remember and will return the favor; you can accept it with humility and grace.

My grandfather was not often wrong on matters, but he was wrong this day in 2013. He may not have had physical possession to pass on, but he was able to pass on a hard work ethic, humility, the ability and desire to dream and risk to obtain those dreams, that you accept triumph and failure with the same dignity, that it is okay to show emotion, and that your put others first.

My grandfather learned these lessons from his father, and he taught them to his son and grandsons. They are lessons and core values that each subsequent generation has held dear.

Anyone who has ever farmed or stuck their fingers in the dirt recognizes the risks and work associated with agriculture. This lesson is taught early on by every book, person and government agency.

However, some of the other lessons that Jack Dodds demonstrated have been lost in the 60 years since he passed and perhaps it is time we all work to see those lessons reimplemented back into agriculture and our lives.