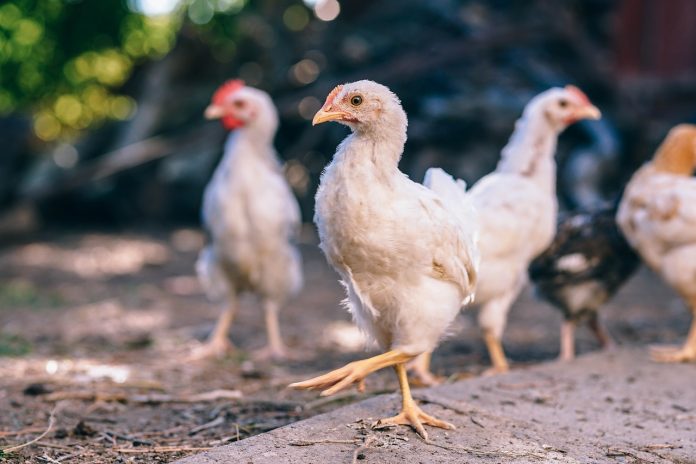 Caution: This is a chicken-and-egg story.

Late this winter, as our Covid pandemic was waning, many bird species — and especially chickens — were suffering their own terrible pandemic, the spread of “highly pathogenic avian influenza (HPAI),” noted, FERN, the Food & Environmental Reporting Network May 31.

How terrible? Since January, 38 million chickens have died in the U.S. either because of HPAI outbreaks or the culling of flocks where it was found.

Three out of four of those losses, or 29 million birds, were egg-laying hens, explains the U.S. Department of Agriculture. Laying hens — and turkeys — are highly susceptible to HPAI. Those losses, in fact, are behind wholesale egg prices nearly doubling in the past six months, not inflation.

Worldwide it’s estimated that more than 77 million birds, “have been culled to curb the spread of the virus,” noted the journal Nature May 26. “Another 400,000 non-poultry birds, such as wild birds, have also died in 2,600 outbreaks — twice the number reported during the last major wave, in 2016-17.”

While it’s been terminal for millions of birds, most U.S. poultry farmers have or will receive USDA money to mitigate their losses. On May 27, Secretary of Agriculture Tom Vilsack announced $400 million will be added to an initial $400 million to both help fight the spread of HPAI and reimburse flock owners for losses.

Now it’s Mother Nature’s turn. Since the pathogen thrives in cold weather and withers in warm, growers and the government are hopeful its spread will soon run its course. Preliminary flock numbers from May suggest that’s what’s happening.

Still, the HPAI outbreak this year wasn’t as widespread or costly as the one in 2016/17. In that avian pandemic, “Some 43 million laying hens and pullets” — immature hens — “died along with 7.4 million turkeys,” reports FERN.

It’s a remarkable statement about the American food system that almost 80 million chickens and nearly 10 million turkeys can be destroyed in eight years to limit two devastating avian pandemics without most of us even noticing.

Equally remarkable is why: 80 million chickens is truly just a drop in the proverbial ocean that is the poultry industry in the United States.

For example, according to USDA’s monthly poultry data, there were 366 million egg-laying chickens in the U.S. on May 1. Most produced “table” eggs and 62.5 million produced “broiler-type hatching eggs” that, once peeping, will be in frying pans in under eight weeks. (Their brief lives is the key reason most broiler flocks remain HPAI-free.)

As such, the recent outbreak of avian flu claimed the lives of 8 percent of the average monthly egg-laying flock this winter.

But even if a flock avoided an outbreak, a laying hen’s life is nothing to cluck about. According to USDA, the “rate of lay per day,” or productivity, per every 100 laying hens is 79.4 eggs. That efficiency (American hens laid 628 million dozen, or 7.5 billion, table eggs in April) carries a high cost: the average layer is “spent” — to use USDA lingo — in just 118 weeks.

And spent in the hen world means spent. In its recent annual Poultry-Production and Value Summary, USDA reported that 151.6 million chickens— almost all egg layers — were “lost” in 2021, defined as “Includes rendered, died, destroyed, composted, or disappeared for any reason except sold during the 12-month period.”

USDA also noted that 180.1 million laying hens weighing 1 billion pounds were “sold for slaughter” for just $14.9 million, or a bony 14 cents per pound.

Meanwhile, over in the broiler chicken world — a world dominated by Tyson Foods, Pilgrim’s Pride, and Sanderson Farms — fortunes are being made. USDA reports that the value of 2021 U.S. broiler production was $31.5 billion, up a whopping “48% from 2020” while the number of birds marketed, 9.1 billion, was virtually unchanged from the year before.

So, what came first — the chicken or the egg? You decide, but given the business structure of both sectors, it’s likely your tax dollars are going into each enterprise.