This certainly will be a February to remember for years to come.

My daughter is beginning to think that she is being home schooled. It is good to have time together as a family and we are very grateful that our electricity and heat have remained on. Many of our neighbors have not been as fortunate, waiting several days for the power to come back on.

A good friend just sent an e-mail reminding me that we need to take stock of the important things in our lives — our family, children, health, friends and those passions that drive us. While these snow storms have caused a lot of damage and inconvenience, they have also given us some precious time together with family and friends.

I have also enjoyed doing research for Black History Month. There are literally thousands of people and topics to choose from.

This week, our choice is Garrett Morgan, born in 1887 to former slaves on a farm in Paris, Ky. His early life was spent attending school and working the family farm with his brothers and sisters. While still a teenager, he moved north to Cincinnati, in search of opportunity.

Although his formal education never took him beyond elementary school, he hired a tutor while living in Cincinnati and continued his studies in English grammar. In 1895, Morgan moved to Cleveland where he went to work as a sewing machine repair man for a clothing manufacturer.

He was so proficient at fixing things and experimenting, news of his ability soon led to job offers from many other manufacturing firms.

In 1907, the inventor opened his own sewing equipment and repair shop. It was the first of several businesses he would establish.

In 1909, he expanded the enterprise to include a tailoring shop that employed 32 employees. The new company turned out coats, suits and dresses, all sewn with equipment that Morgan himself had made.

In 1920, Morgan moved into the newspaper business when he established the Cleveland Call. As the years went on, he became a prosperous and widely respected business man that he was able to purchase a home and automobile.

Indeed, it was Morgan’s experience while driving along the streets of Cleveland that inspired him to invent an improvement to traffic signals.

It was on July 25, 1916, that Morgan made national news for using his gas mask to rescue 32 men trapped during an explosion in an underground tunnel 250 beneath Lake Erie.

Morgan and a team of volunteers donned the new gas masks and went to the rescue. Afterward, Morgan’s company received requests from fire departments around the country that wished to purchase the new masks.

The Morgan gas mask was later refined for use by the U.S. Army during World War I. His original patent for a safety hood and smoke protector was awarded in 1914.

It is impossible to know how many lives were saved as a result of Morgan’s gas mask, but it is fair to say that we all have benefited from his genius.

On the FSA front, the Biomass Crop Assistance Program was put on hold Feb. 3 as Commodity Credit Corporation and the Farm Service Agency have proposed a new rule.

All comments received before April 9 will be considered. Producers can submit comments by e-mailing cepdmail@wdc.usda.gov.

That’s all for now, 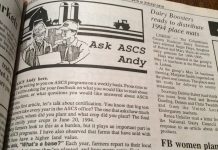 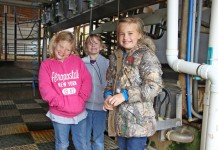 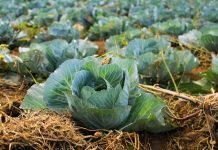 How to manage risk for non-insurable crops