I consider myself an “expert” on parenting on par with my “expertise” in machine gunnery or quantum physics. Imagine my surprise to receive this reader question: “How do you get your children to get along so well?”

One of my fondest memories is of then 2-year-old Boywonder riding in the backseat strapped in next to a crying (screaming, wailing) newborn Girlwonder. He alternated between a pleading “Baby No Cry” refrain and kicking my seat as if to punish me for bringing home this wholly unwelcome visitor.

I think the only thing that kept him going on that ride was the vain hope that maybe we were taking her TO HER NEW HOME? A ways into the trip I realized the wailing of the baby had stopped. I glanced into my rearview to see my toddler boy, body contorted sideways, straining to lean out of his carseat so he could hold the baby’s hand. She was sound asleep clutching his finger in her chubby fist. He knew how to comfort the baby. He hasn’t stopped since.

If she is upset (which is rarely) his stock sentence is “who do I have to kill?” He has put his foot down against one boy who showed an interest in her. Mr. Wonderful and I shrugged and decided to let him. He has pretty good instincts.

For her part, she is just as protective. They are close these two. There is a tribal bond born of a history, a gene pool, and the same crazy parents. Just surviving all that is a story to tell.

Still, before I wax too rhapsodic about the wonder of their special sibling bond, let me also relate the following in the interest of “Keeping it real.”

He was 5. She was 3. We were bringing home a trampoline. Obviously I couldn’t let my kids break their limbs the old fashioned way by falling out of trees. As a modern parent we needed a trampoline. We were heading home when Girlwonder began SCREAMING IN FURY. Her brother, for his part, was smiling smugly. I was only 5 years in my parenting journey, but already I knew this was a clue.

In between her wracking sobs I was finally able to figure out WHAT transgression he had visited upon her. She looked at me, her face red and angry and said with great feeling “He. LICKED. My. Shoe!” He, for his part, just grinned.

A few years later that same trampoline would play a great part in Sibling Rivalry –the Rematch. Hearing angry screams from outside, I saw Boywonder on the trampoline with his baby sister pinned underneath him. She did not seem to be enjoying this as much as he was. Seconds later, she sprang up, whipped out the wicked right hook, we had no idea she had, and proceeded to beat him across that trampoline until she had him on the net like a boxer on the ropes.  She was 6. He was 8. He never tried to beat her up again.

I found myself pondering this question as to the beauty of my children’s oh-so-close sibling relationship as I was dodging a flying bag of potato chips last night (sour cream and onion). This was flung from one sibling, who shall remain nameless, to another. I’m not naming names because before the “discussion” was over, the bag had flown back the other way. No persons — or chips — were harmed in the making of this well contained food fight. It was late. Everyone was tired. In the midst of a “he said, she said” argument over, as far as I can tell, NOTHING, tempers flared. Suddenly a potato chip bag went flying. In the shocked silence that followed there was only one thing to do. Pick it up and THROW IT BACK!

All this aside, my children are very close. The day he was brought to the hospital to meet her, 22-month-old Boywonder marched over to the blanket wrapped bundle, peered into her wizened little face and said, “Go outside?” That would pretty much cement their bond for the next decade. “He leads, she follows” became their mantra. Friendships, playdates, school and sport. He always went first and tested the waters. Shy, reserved and cautious he was her canary in the coalmine. If he survived it, she would probably do OK. Everyone who has ever met this girl notes her spark for life and fairly fearless nature. Some of this may be her innate nature, yes. I also think it comes from having a loving and very capable tour guide going ahead into life and reporting back on what he found. I know even in the middle of scheming to “get her back” I know he always has her back.
She, for her part, has his.

All this goes to prove that you can love someone truly, deeply, madly and forever, and sometimes you still have to let the chips fall where they may. 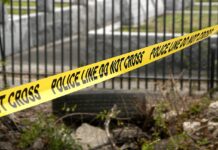 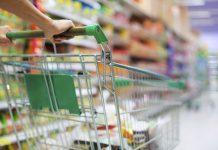 Shop till you stop