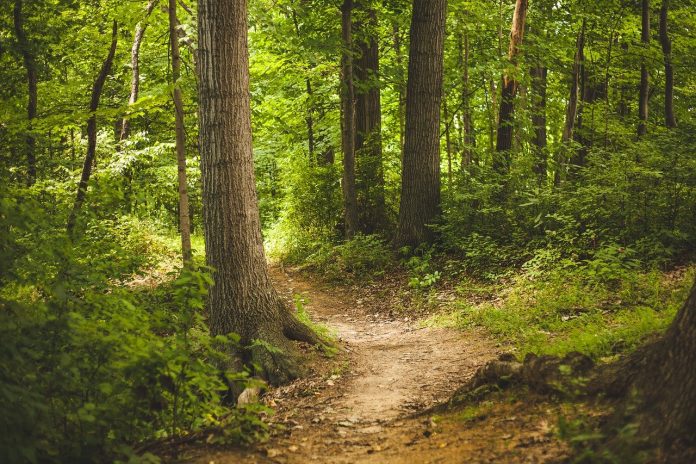 When I was younger, visiting my grandparents’ house was like stepping into a fairy tale. At the time, I thought it was like that for everyone.

Grandma’s house was a dependable place for delicious food and adventure. I realize now as an adult that I was abundantly blessed with grandparents who poured love and affection into my life.

My grandparents built their house on what had been their family farm. Their house was the last house on the property before the railroad tracks. As young children, we had our boundaries to stay far away from the tracks.

We never approached them, but the trains that went by did provide entertainment. When we heard one coming, my cousins and I would try to guess the number of train cars. On a good day, the engineer would blow the horn, and then we would try to quickly count the cars. Grandma was always close by helping us count and making sure we didn’t get too close.

It wasn’t many years before the train tracks grew idle. We didn’t hear a train coming very often, and when one did, it caught us by surprise. Eventually, the line was closed to traffic, the hum of an approaching train never to be heard again.

The abandoned tracks became more of a place to treasure hunt while walking down the empty corridor. In due course, dirt and weeds filled in most of the space between tracks. Questionable characters started walking the tracks and our boundaries around the house were adjusted excluding the tracks.

Over our long Thanksgiving break, my husband suggested that we explore another part of the North Country Trail. I was soon to be reminded of my early walks along the railroad tracks.

Linking across eight states and stretching 4,800 miles, the North Country National Scenic Trail is the longest in the National Trails System. From Vermont to North Dakota, the trail encounters diverse ecosystems and a variety of landscapes.

While I would love to do a multi-state backpacking trip, my family enjoys short hikes in our local area. For this hike, we parked off Pancake Clarkson Road near Negley, Ohio. The parking space also services the water launch area into the North Fork of Little Beaver Creek.

In January of 1974, Little Beaver Creek in Columbiana County became the first river in Ohio to be designated a wild river. The designated part of the river is approximately 36 river miles in length and includes portions of the Middle Fork and North Fork along with the main stem.

The portion of the trail we hiked, following the bright blue blazes, follows the natural curve of the river. Elevated above the waterway, the trail rests upon the previous Smith’s Ferry Branch of the Youngstown and Southern Railway.

Many decades ago, the railroad was used to haul bituminous coal from Smith’s Ferry along the Ohio River to a coal-washing facility just south of Negley. But for us, it was a passageway into the wilderness.

Just like the tracks near my grandparents, dirt and natural elements filled in the spaces between the tracks. Occasionally, a section would show more of the previous tracks than another. Old spikes protruded from the rails.

The leaves, crunching under our hiking boots, left the trees barren creating better views of the sky above and the river below. We took turns trying to identify the trees by bark alone.

Since the trail was elevated, we had a bird’s eye view of the clear water in the river. My crew was a little too noisy for wildlife viewing. I think all the animals heard us coming and hid. However, the area is home to 49 mammal species and 140 types of birds. Down at the river, 63 species of fish live in the Little Beaver Creek along with 46 species of reptiles and amphibians, including the endangered Hellbender salamander.

The trail was a great reminder of how our country’s industry was built on the dependability of the railroad. Like veins in a living body, the railroads pumped life into small communities and large cities alike.

The remnants of the old railroads serve as reminders to explore the vast wilderness. They echo the desire to explore the unknown and to witness freedom stretching for endless miles.