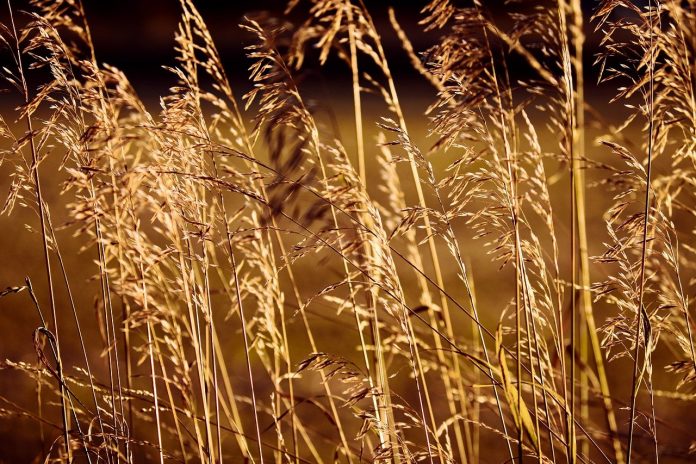 “I’m so glad I live in a world where there are Octobers. It would be terrible if we just skipped from September to November, wouldn’t it?”

The exuberant words spoken by Anne in L.M. Montgomery’s classic novel Anne of Green Gables are my exact thoughts. If only fall could be one month longer and winter one month shorter. Perhaps it is the shortness of time that makes the season so treasured.

From the first glint of color in the maple trees to the last fallen leaf, time passes quickly as if in a vacuum while my family and I try to rake in all the season has to offer.

Instead of “Over the river and through the woods,” it’s actually, “Over the creek and through the field,” to get to grandma and grandpa’s house. The field has changed hues from lush green to the honey-yellow color of amber. It won’t be long before the combine makes its way to the last of the acreage filling the air with clouds of dust and leaving a trail across the horizon.

Dots of orange stand out in front of the white farmhouse. Grandpa’s a pro at growing pumpkins — at least a couple for every grandkid. Grandma washes them clean and then adds a personality by painting a face on each one. The largest pumpkins are saved for decorating on the front porch.

This year’s surprise was a massive crop from a seed mix called Goblin Eggs. What looked like fairy sized watermelons, were actually over a hundred mini gourds filling the wheelbarrow.

Traditionally, pumpkins symbolize prosperity and abundance. This is most likely because multiple fruits are able to grow large and bulbous on a small, shared vine growing in dry soil. And yes, these resilient orbs are technically considered a fruit because they contain seeds and grow from the flowering part of a vine.

Because the unsweetened fruit is savory it is still considered by many people, especially in the culinary world, as a vegetable. Pumpkin seeds, also called pepitas, are high in nutritional value. Eating the pulp and pepitas provides a powerful punch of protein, magnesium, iron, copper and zinc.

The trip back home has a hidden hazard; the fruit of black walnut trees dot the ground and fall from the sky as tennis ball imposters. They bring back memories of when, as a child, I helped my mom gather black walnuts in the fall to make a dye for her woven baskets. We wore gloves and old clothes knowing the dark husk leaves a stain.

Walnuts are another example of mistaken identity; they are actually classified as a drupe instead of a nut. A drupe is a fruit with an outer fleshy part around a single shell containing a seed. Like pepitas, black walnuts are edible and an excellent source of plant protein.

The harvesting process is long and the most difficult part is cracking the extremely hard shell. Wild black walnut shells are much harder than English walnuts grown in orchards.

It’s truly amazing how a short walk in the fall can reveal the season’s treasures. Golden fields, crimson leaves, ripe pumpkins, nutritious seeds and drupes all mark a time of abundance. A surprising companion to abundance on the farm is simplicity.

Starting and now ending with Anne’s words written by L.M. Montgomery, “I believe the nicest and sweetest days are not those on which anything very splendid or wonderful or exciting happens but just those that bring simple little pleasures, following one another softly, like pearls slipping off a string.”

Or, I would add to those thoughts, like black walnuts falling to the soft ground and pumpkins ripening in a field.