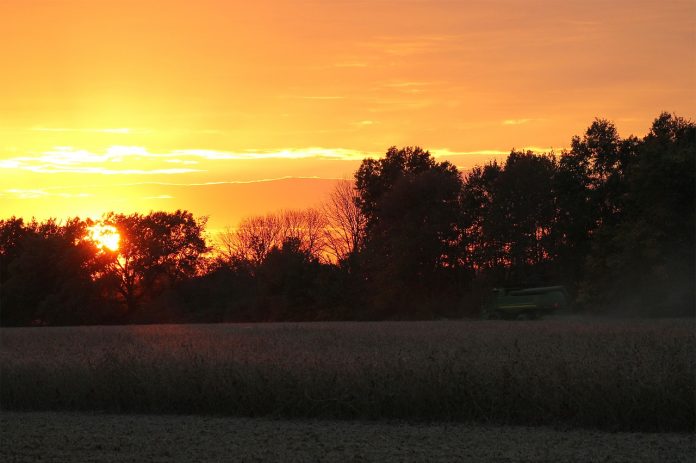 Compared to spring and early summer, late summer mornings are quiet. Most birds are done nesting. The avian territorial imperative has given way to memories of fall migration.

Other sounds, however, fill the void. More noisy than musical, the sounds of insects define late summer.

In the heat of the day, dog day cicadas drone endlessly. Large numbers of cicadas sometimes sing in synchrony, pulsing from soft to loud and then back to soft.

The dog day cicada and the dog days of summer are named for the time of year (July/August) when the star Sirius of the constellation Canis Major (the big dog) is bright in the night sky.

Katydids also have extremely long antennae that arch backward over the length of the body. But the best way to recognize a katydid at night is by ear. Males sing from early evening well into the night.

The song is harsh and burry and sounds something like “ch-ch” or “ch-ch-ch” or “ch-ch-ch-ch.” The phrases are repeated about once a second, and the rhythm suggests the insect’s name: ka-ty, ka-ty-did or kay-ty-did-did.

Occasionally several individuals sing in unison to form a genuine chorus. My favorite lullaby is the sound of two individuals calling repeatedly, matching songs until they finally sing as one.

Another common voice we hear in the backyard and sometimes in the house belongs to black field crickets.

From a distance, the field cricket’s high pitched trill is soothing and pastoral.

But in the bedroom at 2 a.m. even a single singing cricket can drive a sane person mad.

The singer of another familiar summer nocturne remains a mystery to most people. Snowy tree crickets generate a seemingly endless series of high-pitched melodic chirps that almost define a summer night.

This is the insect that is sometimes called the thermometer cricket” — count the number of chirps in 13 seconds, add 40 and you have an estimate temperature in Fahrenheit.

Though not precise, these estimates are usually in the ballpark and are based on the observation that snowy tree crickets sing faster when temperatures are warmer.

Though often heard and recognized, snowy tree crickets are almost impossible to find without a diligent search. During the day they feed and rest amidst the foliage of trees and shrubs.

Thanks to their small size and cryptic pale green color, they blend in with their surroundings. And at night, their song has a ventriloquistic effect.

Shine a light where you think the tree cricket must be, and sure enough, it’s not. It takes good eyes, patience and a little luck to find a singing tree cricket.

Katydids, crickets, and grasshoppers, members of the Class Orthoptera, produce the sounds we hear by a mechanical process called stridulation — they rub one body part against another.

In the cases of the species I’ve described, the body parts in question are the front wings. To “sing,” they elevate their front wings and move them back and forth.

Where the wings overlap, a sharp edge (the scraper) on one wing rubs against a file-like ridge (the file) on the other. Membranes on the wing act as a sounding board to amplify the sound.

The process is not unlike the sound that resonates from the body of a violin when the bow is pulled across the strings.

Two recent books are excellent sources of information on insect sounds and both come with a CD. The Songs of Insects by Lang Elliott and Wil Hershberger (2006, Houghton Mifflin, $19.95) covers 77 species of crickets, katydids, grasshopper and cicadas and is lavishly illustrated with beautiful color photos.

You can see and hear examples of these species at www.musicofnature.com/songsofinsects/iframes/specieslist.html.

Guide to Night-Singing Insects of the Northeast by John Himmelman (2009, Stackpole Books, $24.95) covers 74 species and is also well illustrated with art work.