URBANA, Ill. — While the pace of the domestic soybean crush is slowing, the pace of exports and export sales of U.S. soybeans remains generally strong, said a University of Illinois Extension marketing specialist.

“For the year, the USDA projects exports at 1.075 billion bushels, only 3.8 percent below the record shipments of last year,” said Darrel Good.

Through the first 34 weeks of the marketing year, USDA reports exports of 907 million bushels, only 2.4 percent less than shipped a year ago.

However, Census Bureau estimates for the first six months of the year exceeded USDA estimates by about 26 million bushels.

“For now, it appears that exports are on the same pace as that of last year.”

Good’s comments came as he reviewed the soybean market. He noted that a small U.S. soybean crop in 2003, resulted in a year-over-year decline in the domestic soybean crush.

For the 2007-2008 marketing year, the USDA projects the domestic crush at 1.84 billion bushels, 1.9 percent larger than the crush of a year earlier, he said.

“The year-over-year decline in the monthly crush estimate is the first since April 2006.

“The March estimate is subject to revision, but implies that the crush during the last five months of the year must total 751.2 million bushels, 1.2 percent larger than the crush of a year ago, in order to reach the USDA projection of 1.84 billion bushels.”

As of April 17, the USDA reported that 163 million bushels of U.S. soybeans had been sold for export, but not yet shipped. Unshipped sales of a year earlier totaled only 116 million bushels.

The United States appears to be benefiting from an interruption in export shipments from Argentina due to the farmer strike protesting higher export taxes.

“It appears that exports during the current year could exceed the USDA projection, offsetting a potential shortfall in the domestic crush,” he said.

Good said the weakness in the soybean basis has been a topic of discussion over the past year. Basis levels remain generally weak, but significant strengthening of the old crop basis has occurred over the past four weeks.

Lack of convergence of cash and futures prices at delivery markets at maturity of futures contracts has also been an issue since July 2007. Convergence was especially poor for the July and September 2007 contracts and the January and March 2008 contracts.

As the May 2008 contract approaches maturity, more normal convergence appears to be occurring, he noted. Chicago basis was reported at minus 36 cents April 15 and minus 20 cents April 25.

The average basis at Illinois River delivery markets south of Peoria strengthened from minus 35 cents to minus 17 cents during the same period.

“The average harvest bid in central Illinois was about 95 cents under November 2008 futures on April 25, about 20 cents stronger than just six weeks ago, but about 60 cents weaker than a year ago.

Continued strengthening of the basis may offset some of the decline in futures prices expected over the next few weeks.” 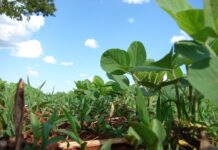 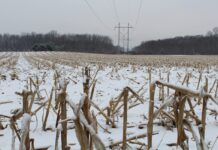 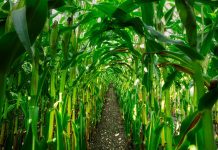