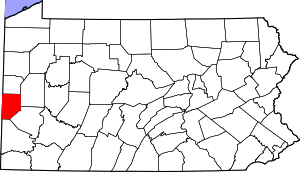 BADEN, Pa. — Some Pennsylvania landowners may want to learn from a Beaver County man’s mistake: Contact the Department of Environmental Protection before disturbing a wetland, creek or stream.

The Department of Environmental Protection announced Nov. 7 that Francois Bitz of Baden, Pa., will pay $137,000 in civil penalties as part of a consent order and agreement for violating the Pennsylvania Clean Streams Law and the Dam Safety and Encroachments Act.

Bitz will also pay cost-recovery and oversight costs to DEP and the Allegheny County Conservation District.
History. From 2009 to 2010, without the necessary permits, Bitz excavated approximately two acres of wetlands and impacted about 1,100 feet of stream while constructing a recreational pond on his property in Marshall Township, Allegheny County.

According to the DEP, Bitz was attempting to create a pond on his 200-acre property. The DEP was alerted of the wetland disturbance by the Marshall Township engineer.

DEP issued Bitz two compliance orders in July 2010 after inspections of the Marshall Township property revealed Bitz had excavated portions of a stream channel of an unnamed tributary to Big Sewickley Creek, which is classified as a trout-stocked fishery.

Bitz also disturbed significant portions of earth in the surrounding wetlands without an erosion and sediment control plan.

The compliance orders outline Bitz’s failure to comply with regulations that protect wetlands and mitigate erosion during construction activity.

Farm and Dairy’s attempts to contact Bitz were unsuccessful.

John Poister, Department of Environmental Protection Southwest Regional Office, said the department has a long history of opposing any disturbance of the wetlands.

As a condition of the consent order and agreement, Bitz must submit a revised permit application for remediation and restoration of the impacted stream and wetlands. The agreement also stipulates that the restoration must begin within two months and be completed within six months of the permit being issued.

Poister said the most important thing to keep in mind is to contact the DEP before disturbing a wetland, creek or stream.