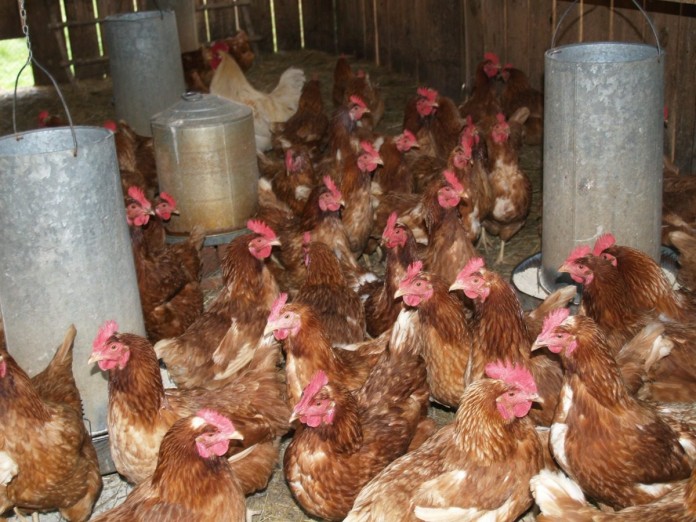 COLUMBUS — Poultry exhibits at several state and county fairs have been canceled this year in the wake of the largest-ever bird flu outbreak in the nation, affecting as many as 37 million birds in more than 15 states.

On May 11, Pennsylvania Agriculture Secretary Russell Redding announced the suspension of all avian competitions at state-approved agricultural fairs in 2015, as well the 2016 Pa. Farm Show.

Redding called the effect of the bird flu “devastating.” The ag department reported that in 2014, the poultry and egg industry was responsible for $13 billion in economic activity throughout the state.

The Associated Press reported May 18 that Minnesota had become the most recent state to cancel poultry shows at the Minnesota State Fair and all county fairs across the state. As of May 15, AP reported, 88 Minnesota turkey and chicken farms had been affected by confirmed or presumed outbreaks of the H5N2 strain of the avian influenza virus, which has cost the state’s producers around 5.8 million birds.

West Virginia has also canceled poultry shows at its state and county fairs.

In Ohio, where no cases of bird flu have been reported, state health and agriculture officials are taking a more conservative approach.

The Ohio Department of Agriculture issued a statement May 15 strongly recommending all fairs, including the state’s 95 county and independent fairs, prohibit poultry entries from states where H5N2 and a second strain, H5N8, have been found.

“We don’t want to prohibit all of them,” said ODA spokesperson Ashley McDonald. “We understand how important it is for our agricultural youth to show.”

The second strain, H5N8, has been found in Indiana and California, plus a couple farms in Idaho and Washington.

The ODA and state fair officials are regularly monitoring the situation, McDonald said.

“I’m not sure if there is a ‘tipping point,’ but our response is evolving as more information from the USDA comes in,” she said.

The top priority for state fair officials is the health of the birds, Ohio State Fair spokesperson Alicia Shoults said.

“If we felt the poultry industry would be negatively impacted by us having a show, we would work with and follow ODA recommendations to cancel the breeding or market show or not have a show at all,” Shoults said. “Ohio is the No. 1 or No. 2 producer of eggs in the country and there are so many poultry operations here.”

Shoults said the Ohio State Fair will continue to work closely with the ODA and the Ohio Poultry Association, adding that Dr. Tony Forshey, chief of the Ohio Division of Animal Health, is also the fair’s resident veterinarian.

She said fair officials fully support the ODA’s ban on birds from the affected states.

“Fortunately, it is typical for us to only have one or two exhibitors, 40 to 60 birds, from out of state,” Shoults said.

All junior fair exhibitors, Shoults noted, are from Ohio.

Lucinda Miller, Ohio State Extension 4-H specialist, said as soon as any decision is made by the ODA, her department gets the word out to all 4-H professionals statewide.

“And all 4-H and FFA (members) in Ohio follow quality assurance training that emphasizes things like changing clothing, not transferring fowl, keeping free range birds away from migratory birds, and — if they are in closed coops — keeping them away from wild bird droppings,” she said.

McDonald likewise urged both large commercial operations and those with backyard flocks to keeping living areas clean and disinfected, keep flocks away from wild birds, employ good biosecurity practices, and report signs of illness or dead birds to the ODA immediately.

“It’s definitely something that has hit states and farms fast and is a great concern to poultry farms,” she said. “And the key is rapid response.”

Miller said with warmer weather and fewer migrating birds, the hope is that health officials in both affected and unaffected states can stay ahead of the outbreak.

“Every flock in Ohio is regularly tested for avian flu,” she said. “As long as it is not found in Ohio, we may be through the worst of it. But we will keep monitoring every day.”