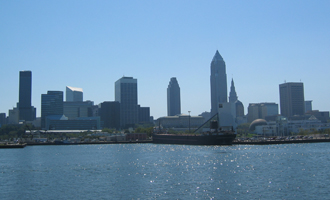 CLEVELAND — Between 2007-2011, 226 Cleveland area companies collectively attracted $961 million from venture capitalists and angel investors, according to a five-year overview of equity investment in northeastern Ohio.

The information was recently released by the region’s Venture Capital Advisory Task Force and based on data provided by investors and collected by tech-based economic development organizations BioEnterprise and JumpStart.

“There is a dramatic change in the activity, the number of investable companies and the quality of the companies in the pipeline in northeast Ohio from 10 years ago,” said Bill Trainor, co-founder and Managing Director of Mutual Capital Partners Funds I & II.

“The activity we’re already seeing in 2012 — both in investing and in exits — is reflective of the momentum shown in this five-year report and I predict there is another strong year ahead.”

Overall, the capital invested in the region over the five years came from 134 venture capital and angel investors, 67 percent of which were based outside of Ohio.

“The fact that VCs and angels from all over are turning their attention to northeast Ohio reinforces the quality of our innovations and expresses a confidence in the region’s ability to produce globally competitive technologies,” said Gries.

Healthcare continues to be a regional strength, accounting for 61 percent of the capital raised in the last five years.

And, the centuries-old tradition of industrial entrepreneurship in the Great Lakes region has transformed into innovative manufacturing technologies looking at ways to reduce and reuse valuable resources.

Thirty-nine (39) “cleantech” companies across the region addressing issues such as waste heat recapture, reduction of pollutants in the water supply, simplification of the waste-to-fuel recycling process and the economically efficient creation of renewable energy sources collectively received $143 million in investment.

The report states that client companies that received business assistance from the region’s Ohio Third Frontier-supported incubators and accelerators represent 71 percent (162) of the companies that successfully attracted VC and angel capital, and 51 percent ($506 million) of the capital raised.