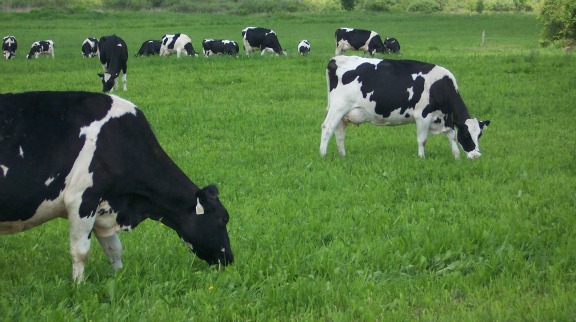 “Everything we do, from investing in commercial businesses to creating new product innovations to growing our global relationships, is done to provide value to the dairy farm families who own the cooperative,” said Rick Smith, president and chief executive officer.

DFA is the largest supplier of milk in the world and the fourth-largest global dairy foods company, with more than 40 processing plants across the country and growing global investment strategies.

“As we think about the next 20 years, our focus will continue to be on our farmer-members and investing in what makes sense for the greater good of not only the dairy industry, but also the global food industry,” said Randy Mooney, chairman of DFA’s board of directors who also operates a dairy farm in Missouri.

In Smith’s presentation, he updated members on DFA’s commercial investments in new and expanded plants.

Additionally, DFA expanded several facilities, including its plant in Middlebury Center, Pennsylvania, and its Dairy Maid Dairy plant in Frederick, Maryland, which resulted in a total capacity increase for the two plants of 650,000 pounds of milk per day.

Also in 2017, DFA opened a new dairy ingredients plant in Garden City, Kansas, a partnership between DFA and 12 member farms in southwest Kansas. The plant, which produces whole and skim milk powder, nonfat dry milk and cream, will receive approximately 4 million pounds of milk per day.

Additionally, DFA announced a joint venture partnership with Glanbia plc and Select Milk Producers, Inc. to build, supply and operate a large-scale cheese and whey production facility in Michigan. The plant is expected to be operational in 2020.

Finally, progress continues on phase two of DFA’s western New York facility with the construction of a cheddar cheese plant, a joint venture between DFA, Arla Foods of Denmark and eight DFA farmer-owners in the local area.

In 2017, DFA directed the marketing of 64.4 billion pounds of milk for both members and others, which represented approximately 30 percent of the total milk production in the United States.

At the annual meeting, outgoing directors Bill Herr, of Greenwood, Wisconsin; Chris Kraft, of Fort Morgan, Colorado; and Urban Mescher of Maria Stein, Ohio, were recognized for their contributions.

This year, 45 students will receive a combined total of $57,000 toward their undergraduate and graduate studies, as winners of the 2018 DFA Cares Foundation Scholarships, which were announced at the banquet.