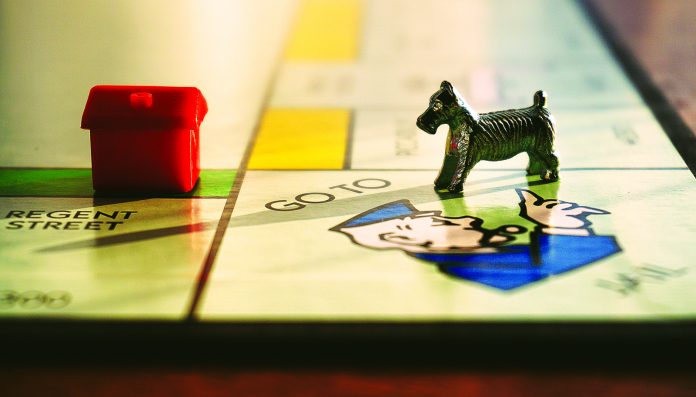 Facebook jail is becoming a popular, though involuntary, hangout for farmers.

Regina Mayhugh, a hobby farmer and 4-H mom in Circleville, Ohio, recently made a three-day visit there when she found out the hard way her lambs are now considered “regulated goods.”

She created a post advertising a lamb in Ohio sheep groups and on her page. In response, she received a three-day ban from posting and a message from Facebook that her post violated the community standards on guns, drugs and other regulated goods.

“That made no sense to me. When I kept reading though, it had live animals as other regulated goods,” Mayhugh said in an email to Farm and Dairy.

Natalie Thurman, of Northwest Guardians in western Montana, recently had a picture of a piglet deleted for violating the same standards as Mayhugh’s. The piglet was not for sale. The post was created to show off the animal. Thurman had an entire album of other piglet pictures, none of which were removed.

“It seems like they’re really willy-nilly on how they’re targeting stuff,” said Thurman in a phone interview. She has sold between $5-10,000 worth of livestock guardian dogs, goats and kunekune pigs annually on Facebook over the last seven years.

Once a user has been flagged for selling animals, they seem more likely to be flagged again.

“I found basically all my clients through Facebook,” said Ungar, a small, part-time farmer, in a phone interview. She has sold 200-300 fleeces and many sheep on Facebook over the years.

In the past, Facebook policies have forbidden selling animals in groups and Facebook’s Marketplace, but many farmers got away with selling in groups dedicated to livestock, or ran official business pages, where they could pay to advertise their animals.

In April 2019, Facebook banned all livestock sales between private individuals. It also bans animal parts, pelts and skin sales, including fur. Since the update, personal profiles, pages with thousands of followers and massive livestock groups, some with several hundred thousand members, have been penalized.

As posts, profiles, pages and groups are removed, there are less and less places for farmers on the app.

One farmer, Tyler Beaver, of Beaf Cattle Co. in Arkansas, said in a phone interview with Farm and Dairy, he saw the writing on the wall a year and a half ago. Although he was able to get around bans by posting from his farm’s page, which has more than 52,000 followers, into groups, he saw many other farmers struggling with bans and removed posts.

So, he hired several developers to create a new app that would allow farmers to buy, sell and discuss their livestock and equipment.

“We can continue without having the fear of one day waking up, and my whole page is gone,” Beaver said.

The app, Open Range, was released about seven months ago, but Beaver did not promote it right away.

For the first few months, the app remained at about 2,000 users. Over the last few weeks, as Facebook has cracked down on livestock sales, the app has seen more than 1,000 new downloads daily.

Even now, Beaver has not focused on marketing. He has commented about it in groups as other farmers worried about what they would do in response to Facebook’s new policy. Other farmers have latched on.

“It affects our business and livelihood,” Beaver said. For him, Open Range is “an area that’s out of prying eyes that I own … controlled by people that are in the business full time themselves.”

Another social media site some former Facebook users have flocked to is MeWe, which launched in 2016.

According to media reports, Mark Weinstein, founder and CEO of MeWe, was inspired to create the site after hearing Mark Zuckerberg, Facebook CEO, say “privacy is a social norm of the past.”

In a statement, MeWe said it welcomes users to talk about livestock, dairy or agriculture.

While the updated Facebook policy allows sales by brick-and-mortar entities, adoption agencies and shelters, these organizations are often penalized anyway.

A friend of Thurman’s, who ran a rescue for livestock guardian dogs, often has posts flagged, even though rescues are supposed to be allowed under the policy.

Facebook did not respond to requests for comment on how posts are identified as problematic. Users can report accounts and posts they believe violate community standards, but Facebook reviews reported posts before removing them.

“As we strive to protect the welfare of animals against illicit trades, we cannot always ensure their safety in a peer-to-peer transaction,” a Facebook spokesperson said. “We have updated our policies to continue to keep both people and animals safe.”

Through Facebook, buyers can see a profile or page for the seller, older pictures of animals from the same farm and information about how the animals are raised and cared for, if the seller chooses to post these things.

“It lets them be more comfortable with you and how you raise your animals because they can see it,” said Thurman. “Traditional media doesn’t allow that.”

“People want to know who they’re selling their animals to,” Ungar said. “People that are buying like to see what they’re buying.”

Thurman understands that Facebook doesn’t only cater only to one group; it’s a broad network.

Farmers do not only use Facebook for buying and selling livestock. The site can be a major networking tool for farmers who have questions about livestock, management practices, equipment and other issues related to farming.

Thurman has been a member of about 12 groups that were shut down. Some of them were simply advice or discussion groups, rather than being dedicated to selling livestock.

“When the group gets deleted, it’s all gone,” she said, lamenting the loss of the public record groups like these created.

The groups Thurman administrates have avoided the shut-downs so far.

“My groups I sort of run with an iron fist,” she said.

Some farmers are still selling on Facebook. They made major changes to the ways they advertise.

“You can’t post how you would post if you wanted to sell your washing machine,” Ungar said.

Still, many in the agricultural community on Facebook have struggled without knowing why.

Many farmers have moved on to MeWe. Many are transferring to Open Range, which continues to grow daily.

*The story was edited Aug. 6 to indicate MeWe was launched in 2016. An earlier version incorrectly said the site was created in 2012.