I was listening to a popular talk radio show out of Canton on my way into work a couple of weeks ago when the question, “why can’t we harvest deer to feed the homeless,” was posed. Earlier in the broadcast, the cohosts had debated the ethics of an initiative to feed homeless people euthanized Canada geese that were causing a nuisance somewhere else. In both instances, I was concerned about how such undertakings would ensure food safety. Considering the idea of feeding wild deer to the homeless specifically, I was concerned about chronic wasting disease. 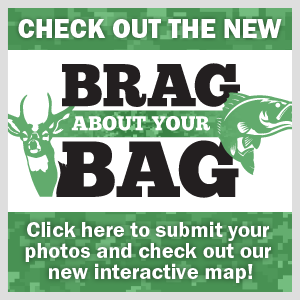 Chronic wasting disease has been found in both captive and free-range deer in Pennsylvania. As a precautionary measure, the state game commission has set up Disease Management Areas and provided additional resources to hunters, taxidermists and processors handling deer carcasses in and around these locations.

In Ohio, chronic wasting disease has only been detected in captive deer, with the first case confirmed in January 2018. Since that time, portions of Holmes and Tuscarawas counties have been declared a Disease Surveillance Area and the state has established new carcass rules for hunters who hunt wild deer, elk, caribou and moose in other states.

Although there have been no reported cases of chronic wasting disease in human beings, the Centers for Disease Control has done studies that suggest the disease poses a risk to some types of non-human primates, like monkeys, that eat meat from infected animals or come in contact with brain or body fluids from infected animals.

How does chronic wasting disease spread

Those hunting in or near areas where chronic wasting disease has been confirmed, such as Pennsylvania’s Disease Management Areas and Ohio’s Disease Surveillance Area, should take the following precautions recommended by Penn State University Extension: