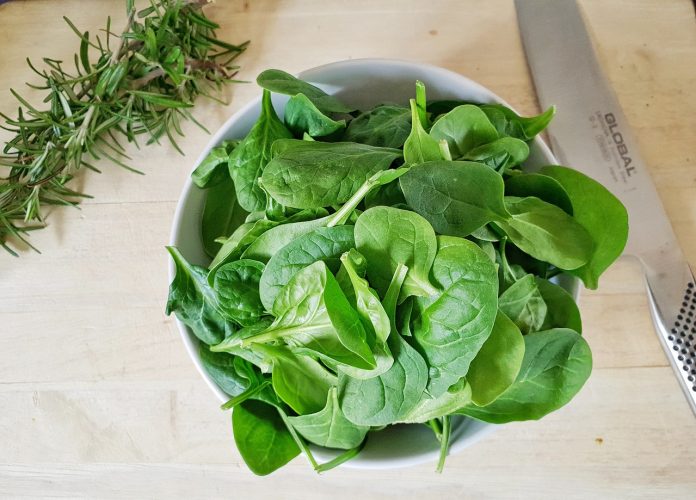 AMES, Iowa — Dark green leafy vegetables are rich in the antioxidant lutein, which has been claimed to help reduce the risk of age-related macular degeneration (AMD), according to Sarah Francis, an Iowa State University assistant professor and Iowa state University Extension nutrition specialist.

AMD is the leading cause of vision loss in adults age 65 and older, and nearly 10 million Americans have this eye disease.

Lutein is an antioxidant found in carotenoid-rich foods, Francis said.

“But before we talk about lutein, we first must understand carotenoid-rich foods. These foods contain a yellow pigment and include dark green, yellow and orange foods. If it is still difficult to remember, think carrots.”

The antioxidants found in carotenoid-rich foods help gather light pigments or colors that help protect your body’s cells from UV light and oxygen,” she explained.

“Carotenoids are like sunblock for the cells in your body.”

Lutein also is found stored in the macula of the human eye, Francis said, and some researchers believe lutein is able to protect the eye against AMD.

Similarly, a national food survey showed that people ages 40 to 59 who consumed higher intakes of lutein may have been at a lower risk of developing advanced AMD.

Another proposed benefit to eating a lutein-rich diet may be to lower the risk of cataract formation, Francis said.

Although these studies show promise in using lutein to maintain eye health, it is still too early to tell.

“Don’t give up your carotenoids just yet, however. There are other health benefits to eating a diet rich in carotenoids, like cancer prevention and heart health, so continue to include these foods in your diet,” Francis said.

The NEI warns that the protective claims about lutein and eye health are not yet proven, Francis added.

“So before taking a lutein supplement or any dietary supplement, talk with your health care provider.”