(Scroll down to see more photos from this year’s Ohio FFA convention.)

COLUMBUS — Just one. Just one person, just one feeling and just one question can change a life.

The 91st Ohio FFA State Convention was held May 2-3 in Columbus where a record-breaking 9,013 members and guests attended to recognize FFA achievements throughout the 2018-2019 school year.

The theme “Just One” resonated with all keynote speakers, who said they all pursued their passion because of ‘just one thing’.

Chris Koch, grew up in Alberta, Canada, in a small ranching community. He was born without arms and legs, but has not let that stop him. Today, Koch farms, is an inspirational speaker and travels the world.

“I am pretty sure — in fact ,I am certain — I am having more fun and more success without arms and legs than I would if I had been born with them,” Koch said.

“I am in this situation right now and, you know, I can’t change it, but what I can do is make the most of it.”

Koch told the FFA’ers not to take anything for granted in life, as one day it may be lost.

Mandy Harvey has dealt with loss of something most people depend upon — she lost her residual hearing in 2008, at 18, due to a connective tissue disorder. At the time, she was a student at Colorado State University where she studied music education.

After losing her hearing, she left college and stopped singing until she learned how to sing again through feeling rhythm.

“There is always going to be something that you have to get through and you have to struggle past. But you have an opportunity to learn and grow and to become so much better than you were before,” she said.

The loss of hearing has impacted her life positively. As a child she was very nervous in front of crowds. But she has now gained the confidence to share her passion.

Since losing her hearing, she has competed on America’s Got Talent, written a book, and continued to sing and share her passion with the world.

Dr. Steve Brown, National FFA Advisor since 2011, has been sharing his passion for FFA for years.

A product of FFA, he was involved in high school, and as a senior he was a state officer but never held an office in his chapter.

Brown spoke on focusing on what is important and being conscious of your thoughts.

“There are a lot of things that are distractions in today’s society. But I hope in FFA and in life that you keep focused on what’s important,” said Brown.

The Ohio FFA’ers also heard from Layni LeBlanc, who is serving as the 2018-2019 National FFA Secretary. LeBlanc, a student at Louisiana State University, was not involved in production agriculture when she joined FFA, but she found her place in FFA as she became an active member.

She spoke on creating your own design and dealing with adversity through the process.

“Don’t follow someone else’s blueprint; create your own,” said LeBlanc.

The 2019-2020 Ohio FFA officers look on as the newly elected president is announced. 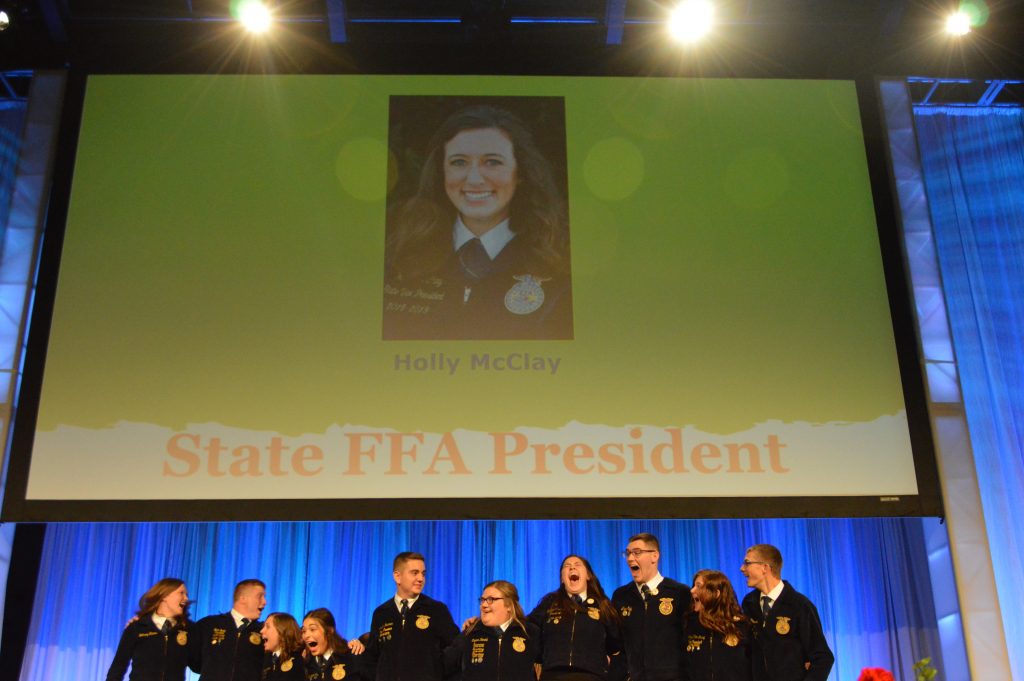 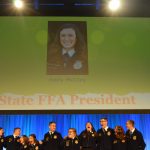 The 2019-2020 Ohio FFA officers look on as the newly elected president is announced.
2 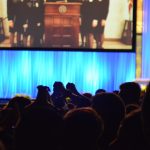 FFA members creating a tunnel for state officers to run through.
3 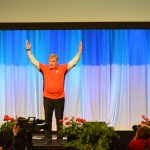 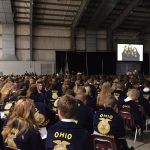 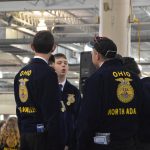 FFA members in the convention center.
6 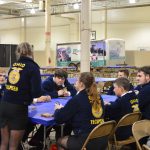 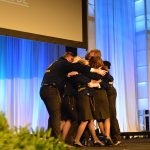 The 2018-2019 Ohio FFA officers hugging Kolesen after his retiring address.
8 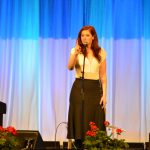 Mandy Harvey speaking on her just one experiences.
9 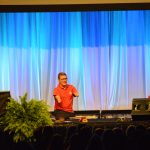 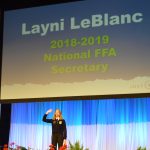 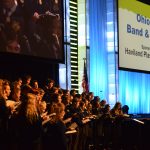 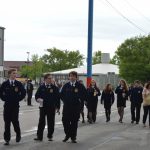 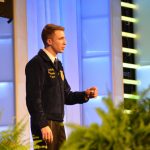