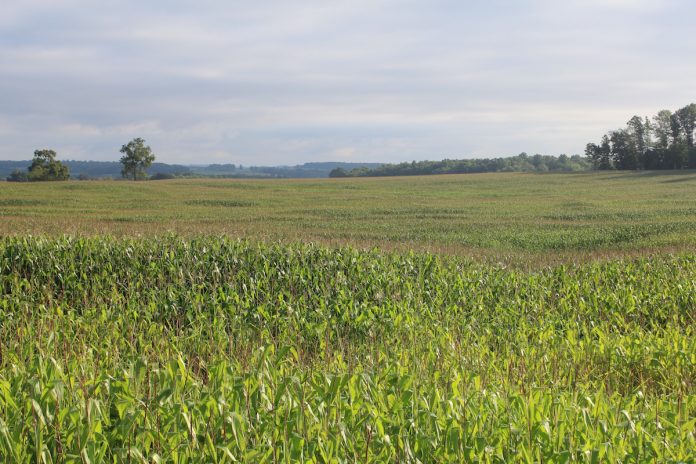 The ethanol industry has taken some hits lately. The first blow came from the highest court in the land.

The U.S. Supreme Court ruled June 25 in favor of small refineries, making it easier for them to win exemptions from the federal Renewable Fuel Standard program.

In a 6-3 opinion, the court reversed a lower court decision that faulted the Trump-era U.S. Environmental Protection Agency for granting dozens of small refinery waivers from the mandate that requires ethanol and other renewable fields be blended into gasoline and diesel.

The second blow came from a D.C. Circuit Court on July 2. The U.S. Court of Appeals for the District of Columbia vacated a 2019 rule that allowed the year-round sale of E15 gasoline.

“Obviously we’re disappointed in these rulings, and they are setbacks, but this battle is far from over,” Renewable Fuels Association President Geoff Cooper said, in a recent radio interview with Adams on Agriculture.

The Supreme Court case came down to the meaning of the word “extension,” wrote Peggy Hall, an associate professor of agricultural and resource law with Ohio State University, in a recent Farm Office blog post.

Small refineries producing less than 75,000 barrels a day can ask for an exemption from the requirement of mixing biofuels into gasoline if it would cause “disproportionate economic hardship.” These small refineries could petition for an extension on the exemption.

The question was whether a refinery could get an extension even if a prior exemption had lapsed. The Renewable Fuel Association argued an extension was defined as “an increase in time that also requires unbroken continuity with the exemption,” Hall wrote.

Justice Neil Gorsuch, who wrote the majority opinion, disagreed. He wrote that an extension could happen after a time lapse.

“Think of the forgetful student who asks for an “extension” for a term paper after the deadline has passed, the tenant who does the same after overstaying his lease, or parties who negotiate an ‘extension’ of a contract after its expiration,” the opinion stated.

The Renewable Fuels Association said it plans to appeal the decision on E15. The case was brought by the oil industry after the EPA made a rule change in 2019 to expand summertime ethanol sales. Previously, provisions in the Clean Air Act prohibited the sale of the higher blend fuel from June 1 to Sept. 15 to reduce air pollution.

The federal appeals court ruled that the EPA overstepped its authority in making the rule change.

Cooper said he doesn’t expect the ruling to impact the sale of E15 this summer at existing retailers, but they’re already looking to next year. He said the year-round sale of E15 has increased the number of stations selling the higher blend.

In a joint statement, the Renewable Fuels Association and National Corn Growers Association said they disagree with the court’s decision and hope to have a solution in place before the 2022 driving season.

“This decision could impact summertime sales across all non-RFG areas where nearly two-thirds of retail sites offering E15 currently do business,” the statement said. “If E15 in those markets were to end, summertime E15 sales would fall by 90%.”

A recent study commissioned by POET, the company that owns three of Ohio’s six ethanol plants, showed that a statewide shift to E15 gasoline could add billions to Ohio’s economy. About 40% of corn grown in Ohio goes to ethanol production.

How does ethanol fit into a net zero emissions future