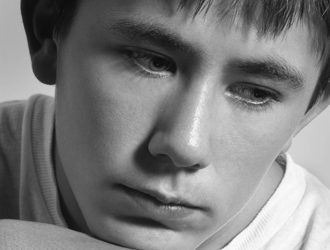 UNIVERSITY PARK, Pa. — Children who are exposed to community violence exhibit a physical stress response up to a year after the exposure, suggesting that exposure to violence may have long-term negative health consequences.

“We know that exposure to violence is linked with aggression, depression, post-traumatic stress symptoms and academic and cognitive difficulties in the short term, but little is known about the long-term effects of such exposure,” said Elizabeth Susman, Jean Phillips Shibley Professor of Biobehavioral Health, Penn State.“Our data show that the stress reaction to violence exposure is not just immediate. There’s an effect that endures.”The scientists recruited 124 adolescents, ranging in age from 8 to 13 and living in small city and rural communities, to participate in the study.

“Most studies of the effects of exposure to violence look at children who live in inner cities and urban communities,” said Melissa Peckins, biobehavioral health graduate student, Penn State. “Our study is unique because we focused on children who live in small towns, so they are not children you would normally expect to be exposed to a lot of violence.

“Also, these were healthy children without a history of reported maltreatment.”Peckins said their hypothesis was that children who have been exposed to more violent events in the past year will have an attenuated response to a laboratory stressor — even 12 months after the incidence — compared with children who experienced fewer violent events.The team measured the children’s stress responses by comparing the cortisol levels present in samples of their saliva collected before and after the stress test was administered.“In males, we found that as exposure to violence increased, cortisol reactivity decreased, so cortisol reactivity was attenuated; it was a habituation effect,” Peckins said.The finding was not present in females.“In enduring stressful conditions, we may have adapted evolutionarily to suppress our cortisol levels because higher and more prolonged levels of cortisol in the bloodstream can lead to negative health consequences, such as autoimmune disorders, lowered immunity, arthritis and atypical depression. This may explain why cortisol reactivity was lower for males,” Susman said. “

However, there is a theory that females may react to stressful situations by talking about it, which may be their way of reducing the negative effects of cortisol in the bloodstream.