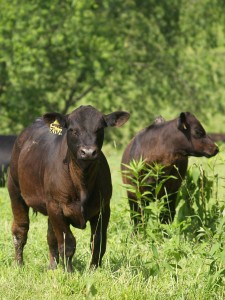 SALEM, Ohio — Another federal showdown has agricultural interests on hold, as farmers and farm businesses try do determine how federal budget cuts — known as the federal budget sequester — might affect the heartland.

Congress has until March 1 to ward off the cuts, which are expected to total $85 billion and affect thousands of jobs.

Of primary interest to farmers is the potential that federal meat inspectors could be put on furlough. If that happens, a reduction in meat processing is likely.

In a Feb. 5 letter, U.S. Secretary of Agriculture Tom Vilsack estimated USDA funding would be cut by about $2 billion, and that furloughs wold be implemented.

“Should a sequestration occur, we would likely need to implement furloughs impacting about a third of our workforce, as well as other actions,” he wrote. “These furloughs and other actions would severely disrupt our ability to provide the broad range of public services we administer.”

One of those services is federal meat inspection, a requirement for most meat packers. Vilsack predicted a nationwide shutdown of meat and poultry plants, which would result in as many as 15 days of lost production and cost more than $10 billion in production losses, with more than $400 million in lost wages to workers.

“Consumers would experience limited meat and poultry supplies, and potentially higher prices, and food safety could be compromised,” he wrote.

It is unclear when the furlough would be enacted, with some sources predicting it would not be for several months after the March 1 deadline.

But, if Congress does not act, the cuts are almost certain.

Francis Fluharty, an animal sciences professor with Ohio State University, said the threat of a meat market shutdown is very real, if the furloughs take place.

“Since you can’t kill without inspection, it would shut the system down,” he said.

For  meat processors that only use the minimum number of required inspectors, this could be especially devastating, he said, because they have no room to reduce and still operate.

Fluharty said there’s no clarity as to when the furloughs might be implemented or other important details. But, it would be an unfortunate situation, he said, in part because inspectors are the backbone of helping keep food safe.

“That’s (federal inspection) the whole thing that our food safety is based on,” he said.

Lynn Knipe, a processed meat specialist with Ohio State University Extension, said a big decision will be whether the furloughs happen all at once, or are staggered.

About two years ago, he said Ohio experienced a furlough in its meat inspectors, but that meat processors were able to keep up, because the furloughs were staggered.

“If they (USDA) would propose that everybody would have to take furlough at the same time then that would certainly be a problem,” he said.

However, Knipe said any type of furlough would not be easy to handle, especially with an already tight supply of federal meat inspectors.

“They (USDA) haven’t had a surplus of inspectors so it might be even more of a challenge from the federal inspections standpoint,” he said.

Here are some additional observations Vilsack made in his letter, which was addressed to Senate Committee on Appropriations Chairwoman Barbara Mikulski:

• A reduction of 600,000 low-income women and children who could receive nutrition assistance and associated nutrition education and breast-feeding support through the Special Supplemental Nutrition Program for Women, Infants, and Children (WIC).

• A nationwide shutdown of meat and poultry plants during a furlough of inspection personnel. The furlough could result in as much as 15 days of lost production, costing roughly over $10 billion in production losses, and industry workers would experience over $400 million in lost wages. Consumers would experience limited meat and poultry supplies, and potentially higher prices and food safety could be compromised.

• A curtailing of conservation technical and financial assistance to approximately 11,000 producers and landowners, thereby limiting benefits to water quality and quantity, soil erosion, and wildlife habitat that benefit the public.

• Increased risk to communities from wildfires with as many as 200,000 fewer acres treated for hazardous fuels.

• A loss of more than $60 million resulting in more than 100 fewer grants awarded for agricultural research conducted by both university scientists and private partners, disrupting critical progress being made in many topical areas such as water, nutrient management, bioenergy production, animal and plant disease and childhood obesity.

• A reduction in assistance to states for pest and disease prevention, surveillance, and response, potentially leading to more extensive outbreaks and economic losses to farmers and ranchers. • Furloughs and other reductions in a number of USDA agencies that would limit the ability to provide program oversight, leading to potentially higher levels of erroneous payments and/or fraud.