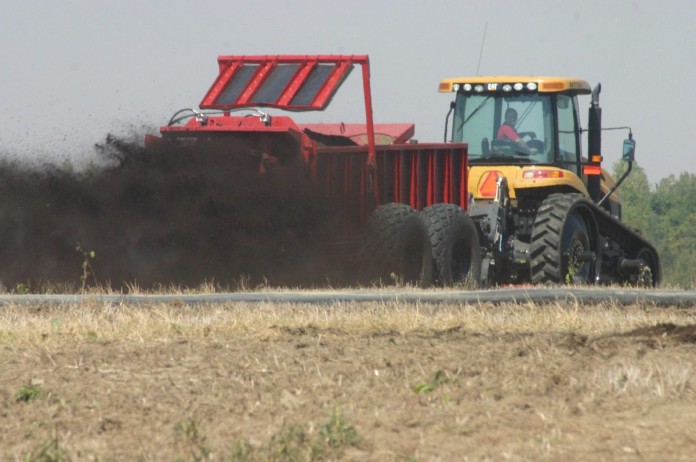 SALEM, Ohio — Farmers could soon face additional regulations on how they apply nutrients in Ohio — this time dealing with manure.

It would ban the spreading of manure or commercial fertilizer in the Western Lake Erie Basin when the ground is frozen, when the top two inches of soil are saturated by precipitation or when there is at least a 50 percent chance of precipitation in the weather forecast.

However, the law allows application under these conditions if the nutrients are injected into the ground, incorporated within 24 hours of surface application or are applied to a growing crop.

The bill would be in addition to regulations approved a few months ago by the Ohio legislature, which require farmers who apply manufactured fertilizer to more than 50 acres to be state certified by 2017.

Failure to meet the new rules could carry hefty fines. However, many farmers support what is being proposed, including the Ohio Farm Bureau Federation and the Ohio Farmers Union.

Farmers in the Lake Erie watersheds already try to avoid applying manure to frozen ground, and have long been working to incorporate the manure into the soil, to prevent runoff.

Farm Bureau said it supports the new rule because it benefits Lake Erie, and includes “practices that are workable for farmers, apply to a well-defined geography and include appropriate penalties for non-compliance.”

OFBF has had an active role in representing farmers’ interests concerning water quality since discussions began, and has consistently called for solutions “that are science based, economical and balanced.”

The organization recently conducted a public study, along with some partners, who determined safe drinking water is Ohioans’ No. 1 environmental concern.

Ron Sylvester, spokesperson for Ohio Farmers Union, said his organization was glad to see new rules for manure application, and said he was disappointed manure was removed from fertilizer certification bill (S.B. 150), which would have required farmers who apply manure to meet the same regulations as those who apply manufactured fertilizer.

Sylvester said farmers should have to supply more data about the manure they apply, although he agreed proprietary information about each individual farm should be protected.

He said OFU had worked with the Ohio Environmental Council to try to include an amendment that would have required farmers in that region to report how much manure their farms produce, and where it goes.

OFBF has contributed $1 million toward a diverse Water Quality Action Plan, which includes a push to get farmers in the Western Lake Erie Basin certified by spring of 2015, more than two years ahead of the state deadline.

Other partners, including Ohio State University, have donated substantial amounts, as well, with the goal of protecting water and preserving agriculture.