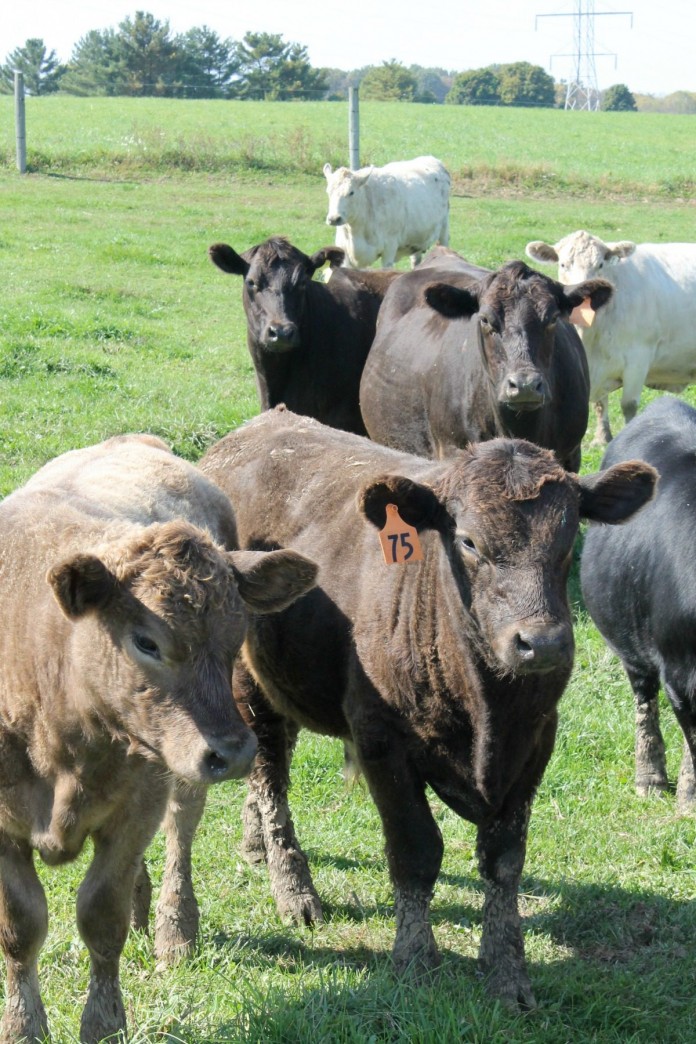 But that didn’t stop legislators from weighing in on the matter.

“There is concern that the Secretary has started a process for establishing a second beef checkoff program,” House members wrote in their version of the 2015 Omnibus Appropriations bill.

Vilsack called for the supplemental checkoff program, under the 1996 Generic Commodity Research and Information Act, on Sept. 30. He cited the inability of a beef checkoff work group to reach substantial agreement, over the past three years, on enhancements to the current checkoff program.

The impetus for establishing the 11-member work group was a decline in revenues through the assessment program.

The second checkoff proposal calls for an additional $1 per head assessment and is expected to begin in 2015 or 2016, continuing for three years before a producer referendum could be called.

The current beef checkoff program was established as part of the 1985 farm bill as a means of raising funds for beef promotion and research via a $1 per head assessment on the nation’s beef producers. Changes to the program can only be made by an act of Congress.

National Cattlemen’s Beef Association spokesperson Chase Adams said that while the Congressional language merely shows intent, and is not statutory in nature, the comments are encouraging.

“He does not need Congressional approval, but we would expect the Secretary to respect the intent of Congress,” Adams said. “We at the NCBA are continuing to work with the beef checkoff working group to enhance the (current) checkoff, which has a 78 percent member approval rate.”

“We feel it’s more important to get it right than to meet some arbitrary deadline,” he said.

Chandler Goule, senior vice president of programs for the National Farmers Union, said a majority of NFU members would like to see the repeal of the current checkoff and the drafting of a new program, based upon the 1996 Generic Commodity Research and Information Act.

Goule said too much control of the current beef checkoff is in the hands of the National Cattlemen’s Beef Association.

“The 1985 Beef Promotion Act flat out says that of the 20-member beef board, 10 are to be from state beef councils, which are subsidiaries of the NCBA,” Goule said. “The NCBA says that the NFU never applies for beef checkoff dollars, but (that is because) we are a lobbying organization — as is the NCBA.”

Goule said ranchers and dairymen in the NFU do benefit from the checkoff program’s beef promotion efforts, but a number of NCBA-supported initiatives have not been in the best interest of NFU members.

“I think making changes to the ’85 checkoff will be hard,” Goule said. “But there needs to be a separation of lobbying organizations in the mandatory checkoff program. The pork checkoff had similar problems.”

Many online survey respondents, however, suggested reform — or the outright repeal — of the 1985 model.

“I am a cattle producer in Washington state,” wrote Jeff Schmitt. “I see no benefit to running two checkoff programs at the same time. It appears that the USDA is attempting to find more dollars to use. Perhaps the wise thing here is to do away with the ’85 Act checkoff and create a new checkoff under the ’96 Act, orchestrated by the men and women who raise live cattle in the U.S.”

The survey questions covered issues such as who should be assessed; how the assessment rate should be determined and collected; the structure, elections, and authority of the beef board; and when a referendum should be conducted.

John Ried, of Ordway, Colorado, wrote, “A new checkoff program is in order. The ’85 checkoff needs to go away. The Secretary needs to put it to a vote of the producers within the time frame he has left. That means the vote needs to take place before a change in administration in 2017.”

“We all agree that the purchasing power has eroded since 1985, but (a second checkoff) under the 1996 Act adds another layer of government,” Harsh said.