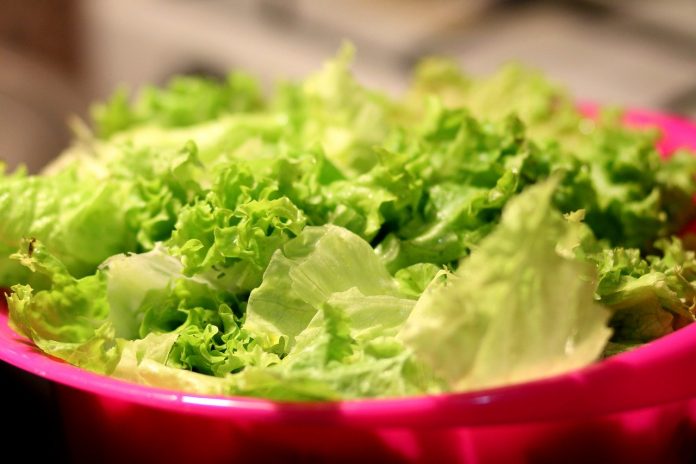 Q: “I saw that there’s been another alert about romaine lettuce. How do I know whether what’s in my fridge is part of the impacted varieties?”

A: Unless you can verify whether the romaine lettuce that’s in your fridge was NOT harvested from Salinas, California, you should throw it out.

That’s per the latest warning from the Centers for Disease Control and Prevention, which issued an updated food safety alert on Dec. 4.

The alert advises consumers, restaurants, and retailers to avoid eating or selling any romaine lettuce grown in the Salinas, California, growing region. This includes all use-by dates and brands of romaine lettuce from the area.

The warning is the result of the recent multistate outbreak of Shiga toxin-producing Escherichia coli O157:H7 infections linked to romaine lettuce from the region.

There were 12 cases reported in Ohio, the CDC said.

“We had a similar situation just before Thanksgiving holiday last year, when Romaine lettuce that was grown in the Yuma, Arizona agricultural region was implicated in an outbreak,” said Sanja Ilic, food safety state specialist, Ohio State University Extension. “As a result, all Romaine lettuce was recalled then to prevent illnesses.”

The difference between that recall and the current one is that the growers are since using traceability labels with the origin of the farm, which has helped to narrow down where the impacted lettuce originated, Ilic said.

“Every lettuce head or a package of lettuce you buy should have a sticker stating where it was produced,” she said. “Unless you can see it where it was grown, do not serve it. This is important when eating at home, as well when eating out in a restaurant. You can ask your server to verify that the restaurant is not serving contaminated lettuce before ordering anything that contains lettuce.”

This is the fourth time in two years that romaine lettuce has been associated with an E. coli outbreak. That begs the question, just how does a leafy green vegetable such as lettuce become infected with a pathogen such as this?

As noted in a previous edition of Chow Line, if animal feces are in the irrigation water, the field or in the soil in which the lettuce is grown, or if the lettuce comes into contact with water that contains the pathogen, E. coli can be transferred from the feces onto the lettuce.

It can also be spread if a person who carries the pathogen doesn’t wash his or her hands after using the bathroom, and then that person processes or prepares food.

For that reason, avoidance is sometimes recommended when the source of an outbreak is identified.

Symptoms of E. coli infection can begin as soon as 24 to 48 hours—or as long as 10 days—after eating contaminated food. Those symptoms include vomiting, severe or bloody diarrhea, and abdominal pain.

So, if you have—or have had—the affected romaine lettuce in your fridge, you should wash and sanitize the drawer, shelf or other removable part in your refrigerator where the romaine lettuce was stored.

You can wash the parts by hand with hot, soapy water, the CDC says. You can then sanitize that part using a solution of 1 tablespoon of liquid bleach in 1 gallon of water.

Chow Line is a service of the College of Food, Agricultural, and Environmental Sciences and its outreach and research arms, OSU Extension and the Ohio Agricultural Research and Development Center. Send questions to Chow Line, c/o Tracy Turner, 364 W. Lane Ave., Suite B120, Columbus, OH 43201, or turner.490@osu.edu.