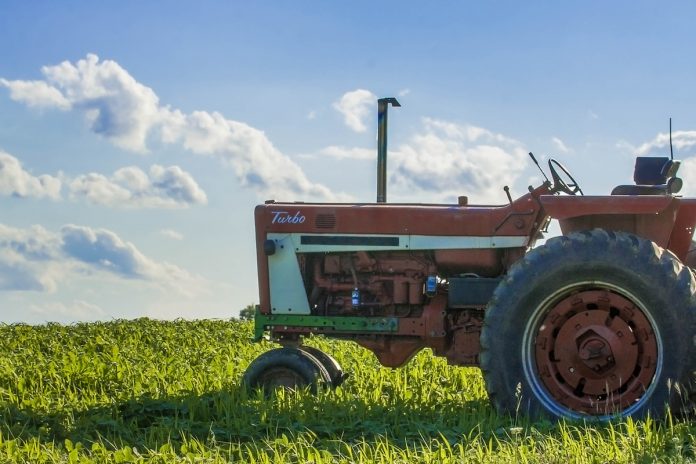 Michelle Kirk knew she was struggling with depression after her husband died. She was running their cow-calf herd in Adams County, Pennsylvania, on her own, without her partner and spouse.

“I had a couple hundred head of cattle that I had to take care of,” she said. “I got up and I did that, and I didn’t do much else other than that. So I didn’t realize how bad it appeared to everyone else until the day my adult son, he looked at me with tears in his eyes and said ‘Mom, I can’t lose you too.’”

That was the turning point for Kirk, she explained in a webinar on mental health and agriculture hosted Sept. 24, by the Pennsylvania Department of Agriculture. That’s when she went to her doctor and asked for help.

Knowing how to help someone isn’t easy. But it doesn’t take an expert, said Perri Rosen, a consulting psychologist with the state’s Department of Human Services and co-chair of the governor’s Suicide Prevention Task Force.

Connecting people to resources and supports may be the ultimate goal, but it’s often not the first step, Rosen said. It can be awkward or seem intrusive to notice when something is wrong and ask about it. But it could be a lifesaver.

“[People] may say, ‘I’m not the expert. I don’t know what to do. I don’t want to make the situation worse’” Rosen said. “There’s not a whole lot you can do to make it worse. The act of reaching out, even when you don’t know exactly what to say, can be such a powerful source of hope and support for people.”

The webinar discussed how family, neighbors and people who service farms are often the first line of defense when a farmer is struggling with mental health. The panel of experts also discussed signs to look for and how to broach the subject.

Mental health in agriculture was a popular topic in Pennsylvania last week. Earlier in the week, on Sept. 22, the Pennsylvania Senate Agriculture and Rural Affairs Committee, led by state Sen. Elder Vogel Jr., hosted a public hearing on the impact COVID-19 had to farmers’ mental health. September was National Suicide Prevention Awareness Month.

Working with family, as often happens on the farm, can also be challenging and leave people feeling trapped.

“They don’t get to go home from the office and cool down from an argument about the work day,” Fuchs said. “That can allow a point of contention to linger.”

Weather was the top stressor for Ohio farmers, according to a poll Ohio State University conducted earlier this year. A survey was sent to 2,000 farmers to gauge how 2019 went for them; 41% responded to the survey.

The results were discussed Sept. 22, during the Farm Science Review.

More than 56% of farms that responded to the survey put weather as a major source of stress. The second tier of stressors  beneath that included the cost of farmland, health care costs, market prices for crops or livestock, concern over the future of the farm and the cost of farm inputs.. Below that was trade policies.

Only 3% of survey respondents said 2019 was better for the farm business than usual. It was worse than usual for 56% of farmers and about the same for 41%.

Farmers responded to stress in a variety of ways. The top way was to use household savings to meet expenses. That was what 39% of farms that responded did. They also reduced expenses, postponed major farm purchases, cut back on social activities and postponed major household purchases.

Kirk, who works for Pennsylvania Farm Link, an organization that helps with farm succession plans, knows how proud and independent farmers can be. It’s hard to ask for help.

Even when her husband was in the hospital and she had to ask for help on the farm so she could be with him, it was a hurdle. Things got done, but maybe not the way they were used to.

“They’re very used to doing things a certain way, their own way,” she said.

It might not always be obvious when there is a problem, but people often know more than they think, said Russell Redding, Pennsylvania Secretary of Agriculture, during the webinar.

You know what’s normal with your friends, your family, your neighbors or your clients. Recognizing when things aren’t quite right can be a sign. Maybe a farmer isn’t taking care of their equipment or animals like they used to, Redding said. Maybe they’re not taking care of their physical appearance.

Jayne Miller, a mental health care educator with WellSpan Philhaven, a behavioral health organization based in south central Pennsylvania, said changes in appetite, sleep or energy level can be signs that there are issues. Maybe a person is having trouble remembering things, seems disengaged or is more indecisive than usual.

Something people often don’t realize is how mental health ailments can show up in the body as physical ailments, she said. The brain is an organ, too.

“We’re a whole body,” Miller said. “What affects us mental health wise may show up in our body as aches and pains.”

For all the help available, there are barriers for farmers. One is that they work all the time. It can be hard to carve out time for a problem they can’t see, especially during busy seasons like planting or harvesting.

Another is the physical distance from qualified mental health care providers when living in a rural area, Miller said. A good thing that’s come from the COVID-19 pandemic is that telehealth visits have become more common and accessible.

Sometimes, the biggest barrier to getting help is ourselves. It’s easy to see the problems with someone else. It’s hard to recognize them with yourself, especially early on when it might be easier to address, Miller said. It doesn’t have to look like a major crisis to seek help.

That’s why it’s so important for people to know what to look for. Rosen, who just helped Pennsylvania create its four-year Suicide Prevention Plan, released in September, said awareness and training/education are the two big strategies in preventing suicide.

Training can be programs like mental health first aid. Just like CPR or first aid training, it’s a general safety net program. Rosen said it’s also important to educate people on facts about suicide. One of the most common myths she hears about suicide is that just talking about it can put the idea in people’s heads. That’s not true.

Mental health is something everyone has to work to maintain. It’s just like physical health. It’s not automatic; it takes work.

“We need to rewrite the narrative that it’s weak to seek help and acknowledge the strength and courage it takes to do these things,” Rosen said.

Resources to get help

The Pennsylvania Department of Human Services offers free COVID-19 crisis counseling services through the Support and Referral Helpline.  Anyone feeling stressed, overwhelmed, alone or anxious is encouraged to connect with a free crisis counselor by calling 1-855-284-2494. For TTY, dial 724-631-5600. Trained professionals are available 24/7 to help navigate unprecedented challenges.

If you or someone you know is experiencing a mental health crisis or is considering suicide, help is available. Reach out to the National Suicide Prevention Lifeline at 1-800-273-TALK (8255) or contact Crisis Text Line by texting PA to 741-741.

A Plain Communities Helpline is also available through WellSpan at Philhaven at 717-989-8661. The Plain Communities Outpatient Clinic provides high quality mental health care that is sensitive to the values of the plain sect community.