NEWCOMERSTOWN, Ohio — Harry Kenney, of Kenney Farms, took an interesting approach to addressing the topic of a May 28 Eastern Ohio Grazing Council pasture walk at the 150-acre Newcomerstown farm he rents from Robert Snyder.

Instead of first focusing on successes at the farm, Kenney showed the overgrazing damage done to one 4-acre pasture in the past year as a segue into discussing the effects of winter feeding on spring growth.

“The big issue was that we had late calves,” Kenney said, noting that he still had calves on pasture as late as May.

“During grazing season you are moving them every four or five days, and every two or three weeks when you are feeding them hay in the winter. I could have taken them out and back, but we kept them close for easy access.”
That decision, Kenney said, did a number on the pasture.

Snyder’s father purchased the farm in 1958. Originally a dairy operation, milking 25 to 30 Holsteins, the elder Snyder sold off all the dairy cows in 1983.

Kenney, who is also the Tuscarawas County Natural Resources Conservation Service district conservationist, operates the Snyder farm with his father, running 50 cow/calf pairs on nine paddocks — seven permanent pasture and two used for hay in the spring and summer, then grazed in the fall.

Maintaining low overhead, Kenney said, is imperative if a farm expects “to make even a little money.”

“If I could graze everything here year around, I would,” he said. “The goal is to put everything taken off a certain field back onto it. We are trying to maintain high quality forage as close to year around and winter feeding with hay. If a cow can’t live on hay and grass I don’t want it here.”

Using a pasture stick, with which he can estimate pounds of dry matter per acre, Kenney said the herd could probably be turned out into 4-acre pasture nearest state Route 258 now.

The hard-hit area sits adjacent to another 4-acre pasture, with four more 10- to 11-acre paddocks to the south. It is made up of a mix of predominately red clover, fescue, bluegrass and orchard grass, mixed with forbs and dandelions.

Cattle, unlike some other animals, are not particularly discerning about their diet and will eat all of the different varieties, Kenney said.

The topic of reseeding was also broached by a pasture walk attendee. Kenney said, in short, if you are happy with the hay you are feeding, there is no real need to reseed.

“A lot of guys want to till up and reseed, but when it comes back like this, I do nothing,” he said. “I cut hay and put it back into the rotation, which makes better hay.”

Kenney did urge caution when buying hay. He said that some weed content is inevitable and said he himself had trouble with cocklebur this year, though he was able to mow it off before it went to seed and required spraying.

He added that good spring weather has helped the pasture to “start taking care of itself.”

Kenney also addressed water and drainage issues on the farm. He said there is enough water on the property, but he has had problems getting it where it needs to be; primarily in the larger pastures on the south end of the farm.

He is considering installing a cistern and above ground pipe, since there is close access to electricity at the barn. 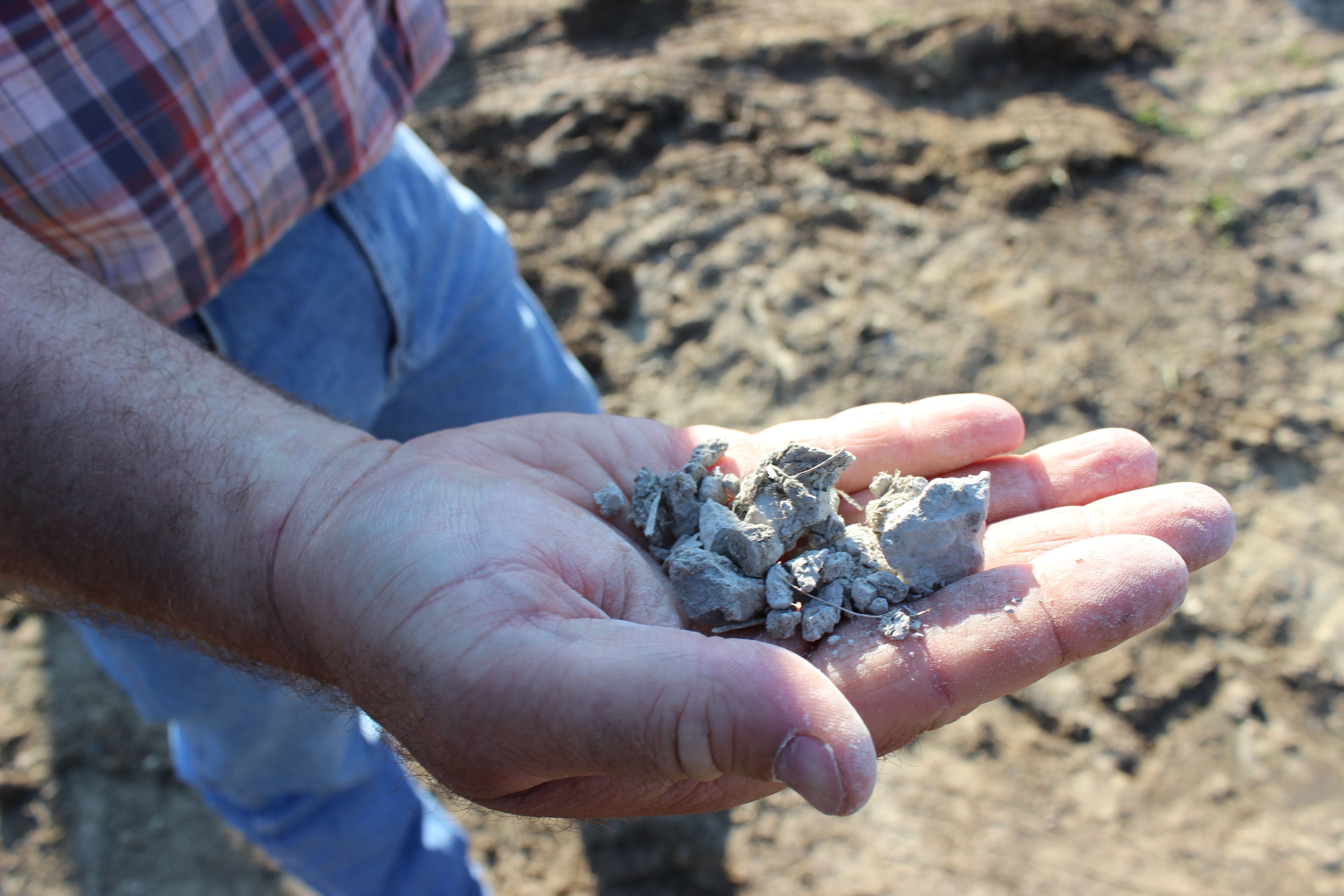 Gutter improvements and water tanks made of recycled tires to address drainage issues, along with an access road and stone heavy-use pad are projects on the farm that are already in the planning or pre-construction phase.

Kenney and Jefferson County NRCS soil conservation technician Clint Finney explained the proper installation of geotextile fabric and 340 grade limestone — as required for federal Environmental Quality Incentives Program, or EQIP, funding — in the construction of a heavy use pad.

The two fielded questions about whether slag or forms of milled concrete could be used. Kenney said that while some of those materials may not be eligible for EQIP funds, it may still work well.

“A heavy use pad is not a substitute for concrete,” Kenney said. “It is a suitably hard surface to be used for a limited time. If you want something that is going to look good and be around forever, I’d say use concrete.”