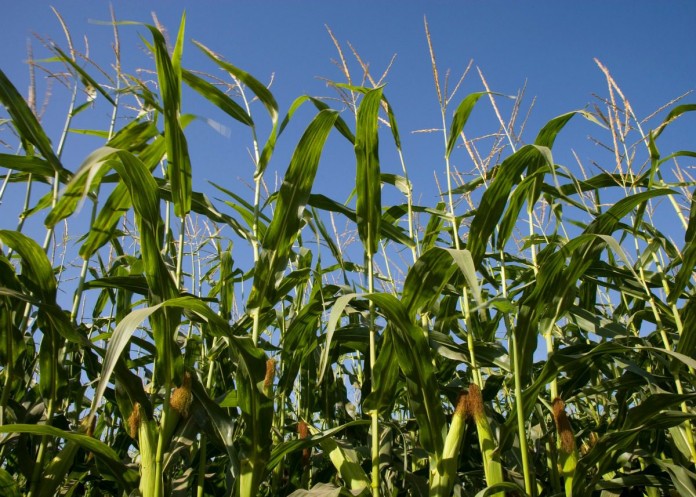 SALEM, Ohio — Could we experience an early frost?

The question is uppermost in many producers’ minds as August winds down and most areas have experienced below-normal growing degree days for corn and soybeans.

Back in 1943, Farm and Dairy reported a killing frost hit the region Sept. 12 when temperatures reached 30, 31 and 32 degrees, according to L.H. Copeland who was a U.S. weather observer in southern Columbiana County at the time.

The paper also reported that hundreds of acres of corn and soybeans were ruined, especially in Mahoning and Columbiana counties, due to their maturity level at the frost.

And that’s the worry for some farmers already facing a shortened growing season after this spring’s planting stretched into mid-June.

According to Accuweather.com’s long range forecast, the fall will start out with sunshine and above-normal temperatures, but that may not last long, as forecasters predict the polar vortex to make its return for short, sporadic periods in September.

AccuWeather Long-Range Forecaster Paul Pastelok said there could be a significant shot of chilly air that comes across the Great Lakes region and into the interior Northeast sometime in mid- to late-September.

National Oceanic and Atmospheric Administration Hydrologist Jim Noel, from the Ohio River Forecast Center in Wilmington, Ohio, recently compared today’s atmospheric and ocean conditions with weather patterns from the past. The weather happening in Ohio and Pennsylvania is similar to weather in the summers of 1951, 1968, 1979 and 1994.

He estimates the chance for an early frost happening in September to be around 10 percent. He expects the first freeze to happen in early to mid-October.

Noel said there is a slightly elevated risk of an earlier-than-usual frost in October. Instead of the middle of the month, Noel thinks it could happen a week early.

Although the summer’s weather has not been the usual temperatures, Noel said the increased moisture means higher nighttime temperatures, which reduces the likelihood of early frosts.

“Most of what I’m seeing is saying the first frost will happen not too far from the normal frost date,” said Noel.
He, too, expects a slightly cooler-than-normal September, but then a normal temperature pattern for October. November looks to be about normal or slightly cooler.

While there isn’t a surefire way to determine when the first frost for Ohio or Pennsylvania will occur, it is clear what an early frost would mean to crops.

“It would not be good,” said Rory Lewandowski, an extension educator in Wayne County and member of the OSU Extension Agronomic Crop Network.

He said many farmers got their soybean and corn crops planted late this spring due to wet weather so the crops are not where they usually are in late August.

“I’ve seen many fields coming into tassel, just silking or in the milk stage this week,” said Lewandowski.

He said the one thing crops need right now is hot temperatures and the daylight, but daylight hours are quickly dwindling.

Lewandowski said corn could make up for its maturity if the area would get the right temperatures.

Geyer said there is always a chance of the corn being damaged when it comes to frost. He said the good thing is that much of Ohio’s crop is in the dented stage. However, that is behind the five-year average for this point in August, which should be 19 percent.

Geyer said if the corn crop would be frosted and it is not mature, it will mean small kernels, being “chaffey” or dry, and lightweight. This all adds up to poor yields.

The amount of damage to corn depends on how deep of a frost an area would encounter and what stage of development the plants are in.

Some double crop soybeans are also a concern at this point..

“Many soybeans have not reached the maturity level they usually have at this point in the year,” said Lewandowski.

Pastelok said models show dry weather in the Northeast in September and October but November will be wet again.
And El Niño is expected to make its debut early this winter, meaning early winter snow across the Northeast.