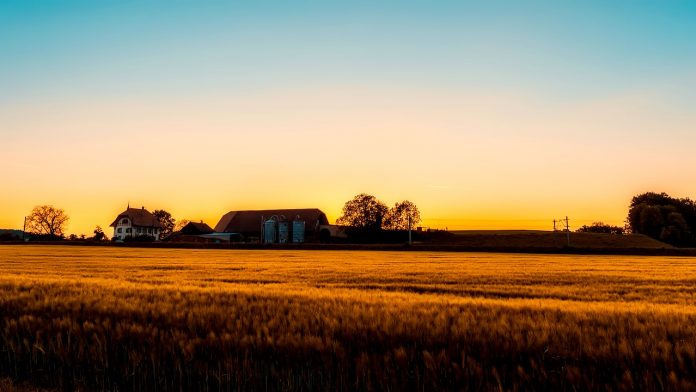 SALEM, Ohio — Farmers could get more time to work outside on winter evenings, if proposals to keep the clock on daylight saving time permanently continue to march through federal, state and local channels.

Staying on DST would mean that the sun would set an hour later in the evening and rise an hour later in the morning between November and March. The U.S. Department of Transportation says daylight saving time saves energy, prevents traffic accidents and reduces crime, because people are traveling and running errands more during daylight, instead of at night, when more crimes occur.

There are currently proposals from local organizations, legislators in a number of states and federal lawmakers.

While farm equipment should have lights and other safety features, “ultimately, daylight makes them more visible,” Curtis said.

The farm bureau voted at its annual meeting in December that the organization would be in favor of making DST permanent.

“I think like a lot of people, farmers dislike the disruption of their schedule that occurs because of the change in time,” Curtis said.

Curtis said the medical community reports more heart issues and injuries around time changes. A 2014 study by researchers from the University of Michigan and University of Colorado showed a 24% increase in heart attacks on the Monday after the spring time change.

Sponsors of an Ohio Senate bill that would require Ohio to stay on DST permanently starting in March 2020, Kristina Roegner, R-Hudson, and Bob Peterson, R-Washington Court House, noted a 5.7% increase in workplace injuries after the spring change as well, based on Bureau of Labor Statistics data in testimony for the bill. The increase in injuries and heart issues may come from getting less sleep.

“Staying on one time would hopefully reduce that disruption to sleep that can also cause other health issues as well,” Curtis said.

Senate Bill 119, which Roegner and Peterson introduced, was referred to the committee for General Government and Agency Review in March 2019 and had its third hearing Nov. 13. Under this bill, Ohio would spring ahead one last time in 2020, then would not fall back in November 2020.

This would be in conflict with current federal law. Federal law allows states to remain on standard time year round, which states including Hawaii and most of Arizona currently do.

States cannot, however, currently stay on DST year-round. Although a few states, including Washington, have passed legislation to stay on DST permanently, it cannot take effect unless federal law changes to allow it.

Ohio isn’t the only state considering this change. Sixteen other states, including Pennsylvania, currently have similar legislation pending, although some are instead considering staying on standard time permanently and eliminating DST entirely.

Before 2006, parts of Indiana observed DST, while other parts remained on standard time throughout the year, causing confusion for many travelers and residents in the state. In 2006, the entire state began observing DST.

The U.S. Senate is also considering the Sunshine Protection Act of 2019, and the U.S. House is considering the Daylight Act, both of which would allow states to stay on DST permanently.