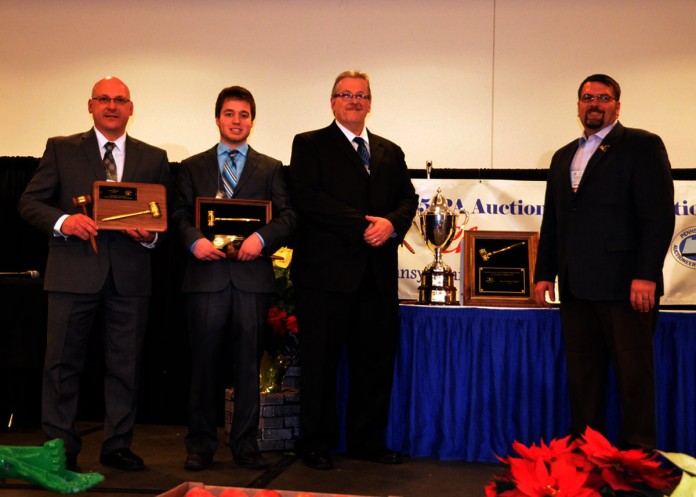 The competition consists of three rounds: a practice, a preliminary, and finally a third round with the top 10 auctioneers.
In the practice and preliminary rounds, contestants provided their own items to sell.

After practice and preliminary rounds, the judges named the top 10 auctioneers who then sold items in a third round to determine the champion.

In the third and final round, contestants were challenged to sell similar toy tractors that were provided by the Pennsylvania Auctioneers Association.

Contestants were judged on presentation, voice control, clarity and salesmanship.

During the competition, participants could only identify themselves by a contestant number, so they could be judged without bias.

To become an auctioneer in Pennsylvania, potential candidates either apprentice with a licensed auctioneer for two years or take a 15-weekend course. Candidates then take a test to become licensed.