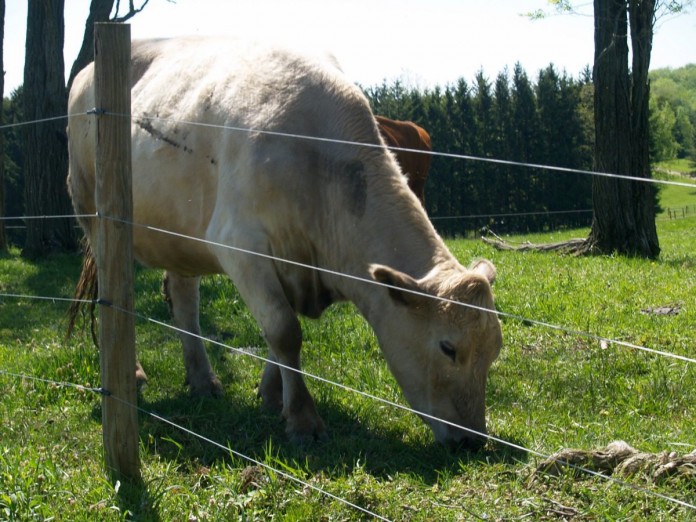 COLUMBUS — Ohio Department of Agriculture Director David Daniels has signed the order for an Ohio Beef Checkoff referendum vote, which asks the doubling of the $1 per head checkoff fee to $2 per head.

The director’s signature comes after the Dec. 9, 2013, referendum comment hearing, which was attended by the Ohio Beef Council and Ohio Cattlemen’s Association. The Ohio Farm Bureau and Ohio Dairy Producers Association, which both publicly endorsed the Ohio Beef Checkoff, also attended the hearing.

The Ohio Department of Agriculture will oversee the Ohio Beef Checkoff referendum process, as regulated by the Ohio Revised Code.

Currently, the beef checkoff is $1 per head in Ohio. It will double to $2 if a simple majority of voters pass the referendum.

The Ohio Beef Council has said the additional $1 generated, if the referendum passes, will stay in Ohio.

Right now, Ohio gets 50 cents of every dollar the Ohio Beef Checkoff generates, or approximately $300,000 per year. If the referendum passes, the additional $1 would stay in Ohio and could mean as much as an additional $900,000 for the Ohio Beef Council.

Ohio Cattlemen’s Association Executive Director Elizabeth Harsh said that the additional $1 will be subject to refund to any producer who requests, so it is hard to define exactly how much money will be generated for Ohio.

Harsh said even with the additional funds, it will still be one of the smallest checkoffs, compared to other Ohio commodity programs.

The Ohio Corn Checkoff, which is half a cent per bushel in Ohio when corn is sold, generated $2 million in Ohio.

Harsh said the Ohio Cattlemen’s Association initiated the referendum, is covering the expenditures and incurring the costs for the referendum because leaders believe it is significant that the checkoff is increased.

The Ohio Beef Council plans to use the funds generated by the referendum, if passed, for expanding and extending beef education programs and farm tours for influencers. An influencer, such as a retailer, chef, blogger or the media, may impact a consumer’s decision on purchases.

Harsh described the farm tours as a way to take the mystery out of beef farms, since an influencer may be several generations removed from the farm and may not know what happens on a beef farm.

Other programs will include the continuation of Beef-O-Nomics, a high school consumer science class that teaches cooking and the economics behind purchasing groceries.

The additional funds will also target nutrition education. By using dieticians, consumers can learn how to include healthy portions of beef in the diet.

Any beef producer can vote in the referendum. A beef producer is defined as someone who marketed a beef animal and paid the beef checkoff in 2013. There is no minimum age required.

Any producer among the 17,400 individuals who have marketed cattle in Ohio in the 2013 calendar year will be eligible to vote in the upcoming referendum, including youth who market 4-H and FFA beef projects.

Mail-in voting begins this month with ballots available to download from ohiocattle.org. Ballots are also available by request from the Ohio Department of Agriculture.

In-person voting will take place March 18-20 at the Ohio Department of Agriculture in Reynoldsburg and all Ohio State University Extension local offices.

All that is needed for the referendum to pass is a simple majority vote.