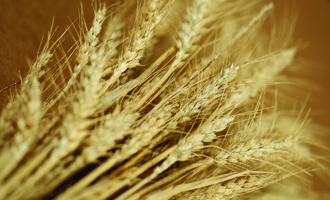 SALEM, Ohio — Many farmers in Ohio just have to look across the Ohio-Indiana border to know, crop conditions could be worse.

One-third of the corn and soybean crops in the Midwest are projected to have poor yields this harvest due to the drought. But Ohio may be luckier when it comes to the harvest of 2012.

Many grain elevators contacted by the Farm and Dairy say the region will see the effects of the dry weather, but it could be worse.

Eric Simmons, of Simmons Grain, said he drove to Illinois two weeks ago and estimates that, of the corn fields he viewed, much of it was burning up and he expects them to have 50 percent yield at best.

“I think we look the best so far,” said Simmons. “I’m thinking we are between two-thirds and 80 percent around here,” he said.

Dave Datson, a grain buyer for The Andersons in Maumee, Ohio, agreed.

“We are still affected, but it’s not as bad as the rest of the country.”

Datson said Paulding, Williams and Defiance counties in northwestern Ohio are faring the worst in their area.

“They seemed to have missed a lot of rain,” Datson said.

However, the drought conditions are still driving the grain markets. Corn reached over $8.25 a bushel and soybeans were over $17 a bushel July 30.

Ohio State University grain market analyst Matt Roberts said the hardest thing about a drought is figuring out how much damage will be a result of the dry weather.

“The reality is, that with the weather we have had, the corn harvest is going to be at least 20 percent less than we thought, but it could be as much as 40-60 percent. We just don’t know yet,” said Roberts.

He said the focus is turning to soybeans in the fields, as many of them are currently budding or forming beans. He said there will some yield loss from the dry weather, but how much is yet to be determined.

“Ohio has been lucky with moisture, but that’s not the case out in the west,” said Roberts.

Some grain elevators are also looking south to Argentina and Brazil for triggers to the high grain prices. Dry conditions have also plagued South America for the past eight months, which contributed to lower yields there.

The one thing the elevators were sure of? A market correction will probably have to happen.

“I think a reversal will come at some point, we just don’t know when,” said Datson.

Marlin Clark, a grain merchandiser for Town and Country Co-op, which serves northeast Ohio, said farmers are always better off in a year of stable prices, with near-normal weather and yields.

“Prices this high are really not good for anybody,” he said. “Yeah, this is an opportunity to sell some high-priced grain … but if we don’t break these and go back to some reasonable prices, what we’re doing is destroying demand.”

“The drought isn’t isolated. It is widespread. It stretches from South Dakota through Kansas to Ohio,” said Roberts.

Individual producer payouts depend on the individual policies.

“This year, the harvest price would have been the way to go,” said Roberts.