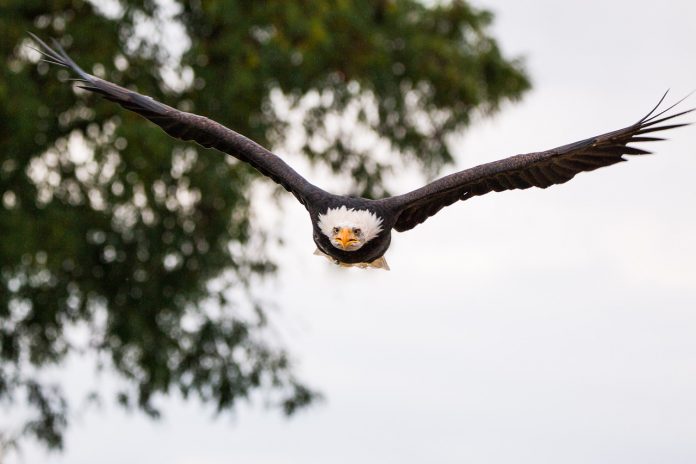 COLUMBUS — For the first time in eight years, the Ohio Department of Natural Resources Division of Wildlife is attempting to find every bald eagle nest in the Buckeye State and is asking citizen scientists to report their sightings of the national bird.

The bald eagle was once an endangered species, with only four nesting pairs in Ohio in 1979. However, thanks to partnerships between the Division of Wildlife, Ohio zoos, wildlife rehabilitation facilities and concerned landowners, its population increased.

The bald eagle was removed from the federal list of threatened and endangered species in 2007 and from Ohio’s list in 2012.

Ohio Division of Wildlife biologists typically estimate the number of eagle nests by flying select areas of the state and verifying sightings. However, identifying the locations of all the nests in the state hasn’t been attempted since bald eagles were de-listed in 2012. Wildlife staff, including wildlife officers, will verify nest locations.

This will help update the Division of Wildlife’s historical databases and confirm the results of estimated counts.

In southern Ohio, eagle nests are found near major rivers such as the Muskingum, Hocking, Scioto and Great Miami. Bald eagles in Ohio typically lay eggs and incubate in February and March.

Young eagles leave the nest after about three months, usually in June. The birds nest in large trees such as sycamores, oaks and cottonwoods near large bodies of water. Fish and carrion are preferred foods.

Remember that bald eagles are protected under both state law and the federal Bald and Golden Eagle Protection Act. It is illegal to disturb bald eagles. When viewing these majestic birds, remember to respect the bird’s space and stay at least 100 yards away from the bird or nest. Disturbing bald eagles at the nest site could lead the pair to abandon the eggs.