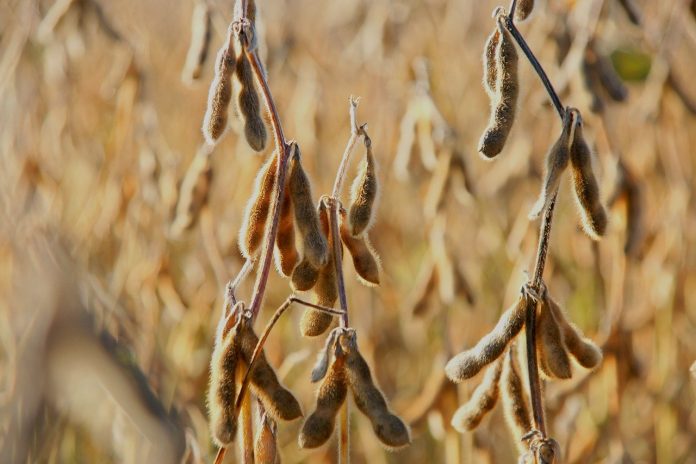 Ohio hit a record high for soybean production in 2022, according to U.S. Department of Agriculture National Agricultural Statistics Service.

Corn yields, production and acreage harvested were all down in Ohio in 2022. Ohio’s average corn yield was 187 bushels per acre, down six bushels from 2021’s record high numbers. Total production of corn for grain in was 595 million bushels, down 8% from 2021. Ohio growers harvested 3.18 million acres for grain, down 5% from 2021.

Production of both corn and soybeans was down in Pennsylvania last year. Pennsylvania corn growers produced 118 million bushels, down 30% from 2021. The average yield was estimated at 140 bushels per acre, down 29 bushels from the 2021 average. The area harvested for grain was also down 15%, to 840,000 acres, from the previous year.

Estimated yields in 2022 were down from the previous year across the Southern Plains, Southeast, and West Coast. Record high yields were estimated in Idaho, Illinois, Minnesota, Virginia, West Virginia and Wisconsin. Area harvested for grain was estimated at 79.2 million acres, down 7% from the 2021 estimate.

National soybean production in 2022 was down 4% from the previous year, at 4.28 billion bushels. The average yield was estimated at 49.5 bushels per acre, 2.2 bushels below 2021. Soybean growers harvested 86.3 million acres, up slightly from 2021.