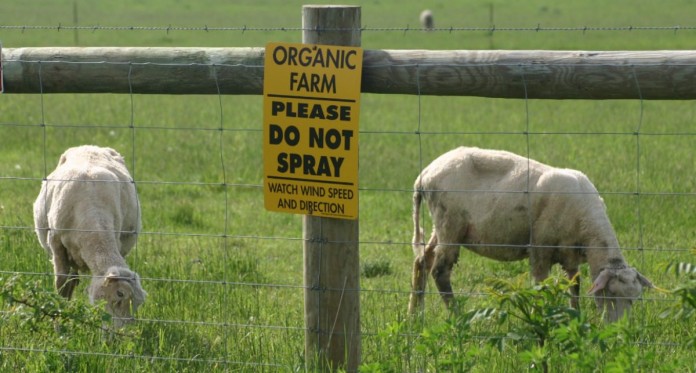 Since transitioning from a conventional dairy operation, Clutts has not had to pay into the national dairy checkoff order, thanks to a 2002 farm bill provision exempting 100 percent organic operations from conventional checkoffs.

A proposed rule change announced by the U.S. Department of Agriculture Dec. 15 would expand that exemption to include 95 percent organic farmers, handlers, marketers and importers — otherwise known as “primary organic” operations.

The USDA recently fast-tracked its efforts to expand the exemption, part of the 2014 farm bill. A 30-day public comment period on the proposed rule change ended Jan. 15.

There are 22 national research and promotion checkoff programs. Under these programs, producers of a particular agricultural product pay assessments to fund marketing campaigns and research initiatives that benefit their commodity.

The USDA estimates the organic exemption has freed up $13.6 million for the organic sector, which produces an estimated $35 billion in annual sales, according to the USDA.

“The 100 percent exemption solved some of the problems, but was drafted in such a way that it was restrictive,” Batcha said. “Communications from some of the commodity orders were bordering on disparaging to organic. They were not promoting organic a lot.”

The USDA’s proposed rule change, Batcha explained, would apply to split operations, those that farm both organically and conventionally. It would also address instances when non-organic agents are used in processing, such as sanitizing agents on a production line or milk processing line.

“In a sense, what this farm bill does is better define the multiple foods and crops of organic as a single commodity,” Goland said, adding that OEFFA fully supports the proposed rule change.

A number of conventional commodity organizations, including the United Soybean Board and the Almond Board of California, have requested the USDA extend its 30-day public comment period due to the complexity of the issue.

The 2014 farm bill grants the USDA authority to not only expand the organic exemption in the 2002 farm bill, but to also explore options for an organic-specific checkoff order.

Maggie McNeil, director of media relations for the Organic Trade Association, said the organization has been working on the framework for such a checkoff for three years.

McNeil said they hope to have the application out within the next two months. If accepted by the USDA, it then has to go through a comment period, and a referendum — an actual vote of all organic stakeholders in the industry.

“A lot of people know the word organic, but don’t know really what it means,” said Clutts, who also sits on the board of the Organic Trade Organization. “It is based on a very specific criteria like no other food process anywhere. I think the collective pool could do something bigger (to promote organic agriculture).”

Gaining majority support for an organic checkoff order, however, could be challenging.
Goland said OEFFA recognizes the need for organic research and promotion and feels the organic sector should “be able to spend its money as it sees fit.”

“But I would not necessarily go so far as an organic checkoff,” she said.

“Please stop the start of a checkoff plan for organic products,” wrote Roger Pepperl, of Wenatchee, Washington-based organic fruit farm, Stemilt Growers. “Our organic world is too large and diverse to have an organization work on our behalf. We grow organic tree fruit and have nothing in common with organic cotton, organic beef, etc.”

Organic farmer Ted Weydert, of DeKalb, Illinois, added, “Contrary to popular belief, the Organic Trade Association only speaks for a very small number of actual organic farmers. This checkoff is not needed.”