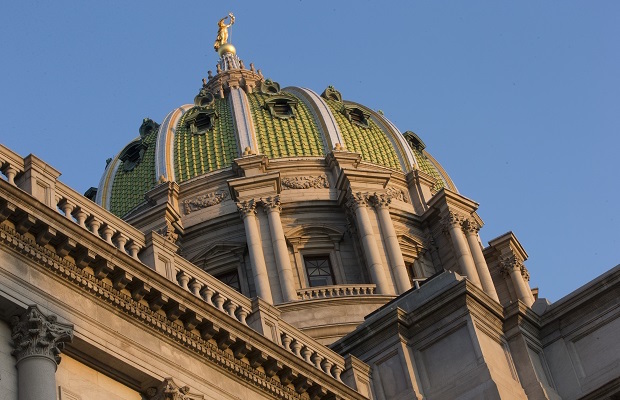 HARRISBURG, Pa. — The first two bills to come before the Pennsylvania Senate this session now await action by the House — for the third consecutive year.

“The bill is really a transparency bill,” said Adam Pancake, executive director of the committee. “Royalty owners get tools to verify and audit records of the gas company, helping those who don’t already have such a provision in their lease.”

There are alleged cases where royalty payments specified by law are reduced because of costs incurred by the gas company, he said.

Senate Bill 139, which relates to S.B. 138, prohibits gas companies from retaliating against royalty interest owners who question the accuracy of the royalty payments.

This retaliation bill seeks to end a lease holder’s actions, such as terminating the lease agreement or stopping development, which would cut off royalty payments altogether.

Pancake is hopeful the bills move in the House this session, but realizes there is opposition.

“Nothing has changed since January to move it in the House, but we keep hearing from landowners in our district in support of these bills,” he said. “Most companies do it [create and execute fair leases] well, these bills will just bring that needed transparency.”

“Action in Harrisburg often takes longer than many would like,” he said. “There is always another perspective, but we will continue lobbying for our members.”

There is also a bill in the House related to gas royalties, but is not reflective of S.B. 138 or 139.

House Bill 557, sponsored by state Rep. Garth Everett (R), revisits provisions that the minimum royalty for oil or gas well production may be no less than one-eighth of the gross proceeds received by the lessee for the production.

The bill adds language stating no deductions, such as expenses in costs of production, can result in a royalty less than the 12.5 percent. It has yet to come to the floor this session.

Farm Bureau also supports HB 557 bill, which has been introduced in the House at least three sessions in a row.

”This bill doesn’t impact every farmer, but they all feel strongly about what keeping the 12.5 percent, what they thought was the state minimum, that the spirit and intent of the law is being violated,” said O’Neill.

Pennsylvania Farm Bureau will host its State Legislation Conference April 4, where hundreds of farmers will travel to Harrisburg to discuss issues like this with elected officials.

“Farmers volunteer their limited time and do an exceptional job meeting with legislatures, inviting them to farm tours and keeping them educated on key state issues,” O’Neill said.

These three bills refresh an act approved July 20, 1979 (P.L.183, No. 60). This act regulated the terms and conditions of certain leases regarding natural gas and oil.

To track the status of these and other Pennsylvania bills visit www.legis.state.pa.us.