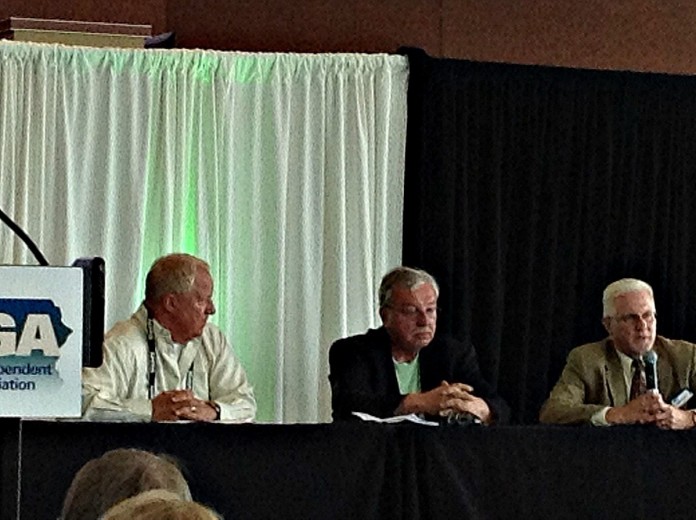 PITTSBURGH, Pa. — Pennsylvania is facing an oil and gas fight over a possible severance tax and legislation regarding minimum royalty payments.

The Pennsylvania Independent Oil and Gas Association made it clear during its Eastern Oil and Gas Conference May 13 that members are against the implementation of a severance tax.

Association President Lou D’Amico said he is sure that enacting a severance tax on oil and gas would mean a slow down in the state’s growing oil and gas industry and would eventually kill jobs.

D’Amico discussed a report from the state’s independent fiscal office that showed the impact fee, which was a result of Act. 13, is equal to an effective 2014 tax rate of 1.8 percent, which would be the lowest among gas-producing states.
He said, however, that when legislators are talking about the severance tax, they need to compare apples to apples.

“The impact fee is not a severance tax,” said D’Amico.

West Virginia has a 5 percent severance tax on paper, he said, however the state offers a rebate for transportation costs, which brings the tax down to about 4.25 percent.

D’Amico said Pennsylvania has some taxes other states don’t have, including a top corporation tax rate of 9.9 percent, which is highest in the country, and gas and related companies are already paying it.

The group discussed $1 billion hole in the state budget that has the oil and gas industry concerned legislators will look to it to fill it.
PIOGA’s lobbyist Richard Gmerek, president and CEO of Gmerek Government Relations in Harrisburg, said the legislators swaying on the issue may not be on the industry’s side.

Gmerek reminded the crowd the severance tax issue was delayed due to the implementation of the flat, per-well fee included in Act 13, which was passed in 2012. The tax issue has been brought back to life by gubernatorial candidates, whose proposals range between a 4.5 percent and 10 percent levy on gas extraction.

D’Amico told the crowd that the coal industry never had a severance tax and said he feels the oil and gas industry is being targeted.

Meanwhile, landowners are pressing the issue of legislation requiring minimum royalty payments.
Chesapeake Energy has been under scrutiny by Pennsylvania Gov. Tom Corbett and state legislators over its business practices involving royalties.

Since February, legislation has been introduced in the Pennsylvania House of Representatives to help protect landowners and ensure they get their fair share of the cut.

Gmerek told the PIOGA members the group has been working with state Rep. Brian Ellis, whose district includes the Butler area, on House Bill 1684 (bill introduced by Rep. Garth Everett).

The legislation is designed to address concerns by landowners whose royalty payments have decreased due to post-production costs.

Gmerek said the bill was debated in the House of Representatives and now “we wait” for the next step.
He said PIOGA supports it as it is written.

“The original bill and amendments do not apply to unconventionals,” said Gmerek.

Lt. Governor Jim Cawley also spoke at the PIOGA Eastern Oil and Gas Conference. Check this link out to read what he had to say.