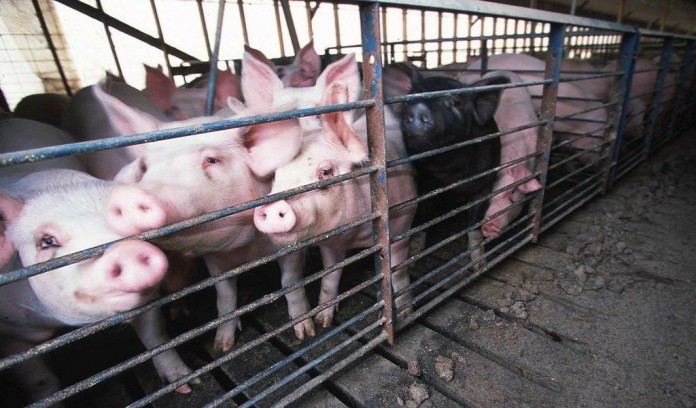 The Pennsylvania Supreme Court has sided with a Columbia County farmer, sparing him from following strict local rules on his hog farm.

Baer said it would be ironic to permit local municipalities to impose rules on small farms that were more burdensome than those places on large farms.

“This irony runs afoul of basic principles of statutory construction,” Baer said in the majority opinion.

The issue at the center of the case was manure management for Sponenberg’s proposed 4,800-pig swine nursery.

Montour Township regulations would have required Sponenberg to give “legally binding assurances” that his operation would not have adverse impacts — noise, dust, odor,  groundwater contamination or heavy truck traffic — on neighboring properties.

The township’s adverse impact rule was stricter than the requirements of the state’s Nutrient Management Act, which requires large-scale, high-intensity operations to have a nutrient management plan.

Because nutrient management plans are “costly and burdensome,” Baer said, they are voluntary for smaller operations. The Nutrient Management Act also protects farms by preempting local regulations that might be more strict than state regulations.

Sponenberg appealed to the state’s highest court after a Commonwealth Court panel ruled Sponenberg had to obey the township’s regulations.

The lower court ruled that because Sponenberg’s operation did not require a nutrient management plan and because he did not voluntarily submit one, he was not protected under the act’s preemption rule.

“A finding of no preemption would be unreasonable, if not absurd, and would in fact defeat the legislative purpose of establishing statewide criteria which simultaneously protects the public and encourages this important agrarian industry to thrive in Pennsylvania,” Baer said.