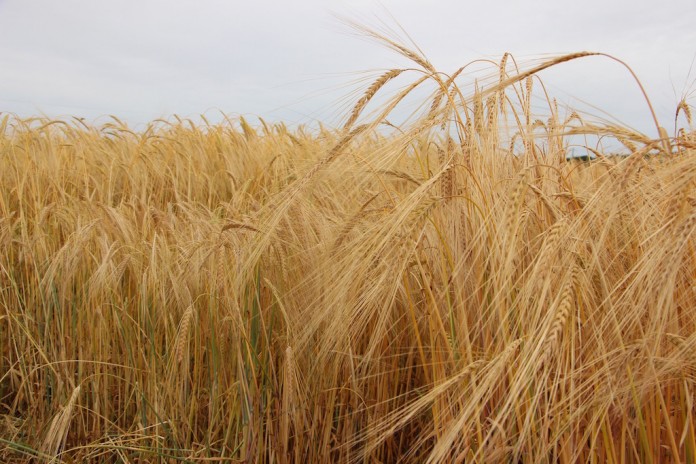 UNIVERSITY PARK, Pa. — When it comes to libations, more and more Pennsylvanians are raising their glasses in favor of craft beer.

In fact, according to the Brewers Association, a national not-for-profit trade organization, there are 136 craft breweries in Pennsylvania that produce more than 4 million barrels of beer annually. The economic impact of the industry is estimated at $4.48 billion, the second largest in the country.

The industry’s popularity has caught the attention of researchers in Penn State’s College of Agricultural Sciences, including Greg Roth, who’s spearheading research in malting barley, a key ingredient in craft beer production, with a goal of helping Pennsylvania farmers benefit.

“In the last 15 years, there has been a tremendous increase in the craft beer industry,” said Roth, professor of agronomy and associate head of the Department of Plant Science. “With this rapid growth has come an increased demand for locally sourced, high-quality and high-yielding malting barley.”

Joining Roth was colleague Alyssa Collins, director of the Lancaster County research center and assistant professor in the Department of Plant Pathology and Environmental Microbiology. She became interested in researching malting barley after a conversation with Mike Davis, president of the American Malting Barley Association.

“He told me there wasn’t enough malting barley research conducted in the Northeast,” she said. “Our farmers know how to grow barley here, but if we’re going to supply high-quality product for this growing industry, we have to be very intentional about our management.”

According to Roth, craft beer generally is made by small brewers whose goal is to develop unique, locally made beers with a variety of flavors and styles.

As with all beers, the brewing process involves using malting barley, a cereal grain.

Malting barley differs from the feed-barley commonly grown. Typically, malting barley lines produce higher levels of amylase enzymes, which convert starch to sugars during the brewing process. These sugars are coupled with yeast and converted into alcohol.

Malting barley has other characteristics that are important to the brewer. Plump, uniform kernels are important for producing a good, evenly germinating malt to maximize the malt extract potential.

Malting barley varieties are available in either two- or six-row head types, based on the arrangements of the kernels. Two-row head types are preferred by most craft brewers, Roth noted. The crop is classified further as either spring or winter, depending on planting season.

Most malting barley is grown in the western United States, Canada and Europe, as many of those climates provide drier growing seasons. But that doesn’t mean Pennsylvania can’t play a role in the industry.

With a multitude of winter and spring malting barley varieties available, the first undertaking was to identify which ones would grow well in Pennsylvania and meet grain-quality and yield specifications of the industry.

To do that, Roth began collaborations with researchers at malting-barley breeding programs at North Dakota State University and the University of Minnesota, who provided seeds from 20 to 30 different varieties from the Midwest and Europe.

They focused on disease control, which is a major challenge associated with growing malting barley.

“Unfortunately, our state’s climate is very favorable to the development of fungal diseases,” said Collins. “One fungal disease, fusarium head blight, can result in the production of a toxin, called ‘vomitoxin.’ In order to prevent this vomitoxin from entering our food supply, we must prevent the disease. So barley disease management is a critical part of growing a crop suitable for malting in our area.”

Some of the western lines couldn’t withstand the high amount of rain in the region. The moisture caused seeds to germinate in the field, and once that happens, the crop is deemed unacceptable, Roth noted.

To further refine their selections, Roth and Collins sought input from malt house owners as well as Aaron MacLeod, director of Hartwick College Center for Craft Food and Beverage in Oneonta, New York, who analyzed samples for quality and malting characteristics.

They are beginning a new collaboration with faculty and students from the new brewing and fermentation program at Pennsylvania College of Technology in Williamsport, a special mission affiliate of Penn State.

In the end, the researchers identified five varieties as standouts. To share this information with growers, they created a factsheet with study information including varieties, seeding, crop rotations, weed and insect control and disease management. This factsheet can be viewed at extension.psu.edu/plants/crops/grains/small/production/malting-barley.

Roth and Collins are pleased with how the trials turned out and plan to continue to investigate new malting barley lines in partnership with the all of their collaborators.

“What’s really exciting is that some of the malting barley varieties we’ve recommended are showing up in craft beers in Pennsylvania,” Roth said. “Another great thing is that the barley that isn’t used for brewing still has value as livestock feed. So nothing is wasted.”

Collins agreed, adding, “If we as a community feel strongly about local agriculture, and supporting local farming is important to us, then it is critical that we have research conducted locally. The research and education we’re doing will make sure that our farmers can be successful and profitable, while keeping toxins out of beer.”