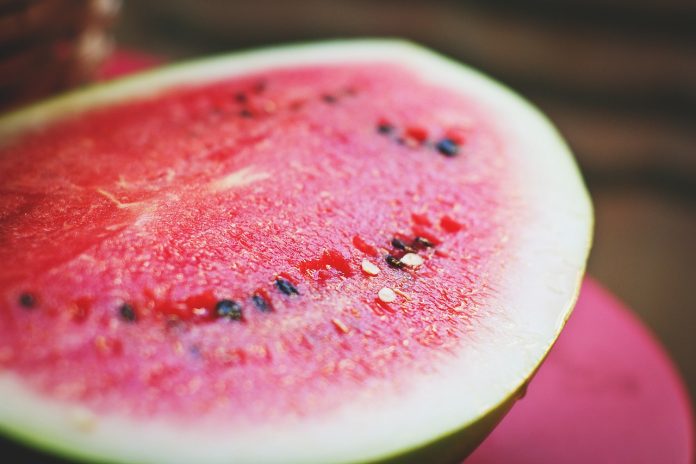 I just heard a report that a brand of pre-cut melons was tied to a salmonella outbreak recently. How is that possible?

You are right: The Centers for Disease Control and Prevention this week warned about a multistate outbreak of salmonella associated with some pre-cut melons produced by a food distributor based in Indianapolis.

The warning was about fresh, pre-cut melons including watermelon, honeydew melon, cantaloupe, and fresh-cut fruit medley products containing one of these melons. The food items were produced at Caito Foods facility in Indiana and were distributed to Ohio, Georgia, Illinois, Indiana, Kentucky, Michigan, Missouri and North Carolina, CDC said.

As of June 8, some 60 people were infected by the outbreak, with 31 people having to be hospitalized, CDC said.

Most people who become infected with salmonella typically develop diarrhea, fever, and abdominal cramps 12 to 72 hours after infection. The illness usually lasts 4 to 7 days, and most people recover without treatment. However, for some people, diarrhea may be so severe that they need to be hospitalized, CDC said.

For example, if animal feces are in the field or soil in which the produce is grown, or if the produce comes into contact with water that contains the pathogen, salmonella can be transferred from the feces onto the produce. The pathogen can also be spread if a person who carries the bacteria doesn’t wash his or her hands after using the bathroom, and then processes or prepares the produce.

It’s important to note that there are numerous pathogens that can contaminate produce at any point in the food supply chain.

In fact, salmonella and other bacteria including shiga toxin-producing E. coli, Listeria monocytogenes, and viruses such as norovirus are commonly associated with consumption of fresh produce, according to Barbara Kowalcyk, a food safety expert and an assistant professor in Food Science and Technology for the College of Food, Agricultural, and Environmental Sciences (CFAES) at The Ohio State University.

Fruits and vegetables can also become contaminated during preparation when their skin (which serves as a barrier) is broken, she said.

“If the bacteria are present on the skin of the melon, the bacteria can then be transported to the flesh of the fruit when it is cut,” Kowalcyk said.

For example, cantaloupe skin has nooks and crannies that can house microbial pathogens, even if it looks “clean.” Therefore, melons and other fruits and vegetables should be given a good scrub and rinse before you cut through them with a knife.

Also, cut fruits and vegetables should be refrigerated within two hours and consumed within a few days to prevent bacteria from growing.

According to CDC, here are other methods in the food production chain that can lead to contamination:

Here are steps you can take to lessen your chances of getting a foodborne illness from produce, CDC says: