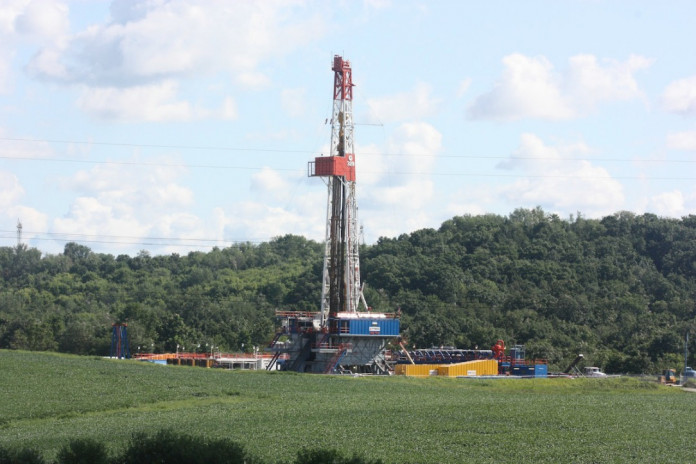 The United States Environmental Protection Agency approved chemicals that have the potential to break down into toxic “forever chemicals” to be used for fracking, according to documents obtained via a Freedom of Information Act request by Physicians for Social Responsibility.

Despite its own internal concerns, the EPA approved per- and polyfluoroalkyl substances (PFAS) or substances that can degrade into them for fracking in 2011. Internal EPA materials documented apprehension about the impacts of these substances being used in fracking, specifically about the degradation of the chemicals into perfluorooctanoic acid (PFOA), a known carcinogen.

The advocacy group’s report, titled Fracking with “Forever Chemicals,” covers chemical use from 2012-2020 over the course of both the Obama and Trump administrations.

Although there is no public data that details where the E.P.A.-approved chemicals have been used, the FracFocus database revealed over 120 oil and gas companies used the controversial substances to drill more than 1,200 wells in at least six states, including Arkansas, Louisiana, Oklahoma, New Mexico, Texas and Wyoming.

It’s possible PFAS or chemicals that degrade into PFAS could have been used even more extensively than reported because not all states require companies to report chemicals used during the drilling process to the database.

“The evidence that people could be unknowingly exposed to these extremely toxic chemicals through oil and gas operations is disturbing,” report author Dusty Horwitt said in a statement. “Considering the terrible history of pollution associated with PFAS, EPA and state governments need to move quickly to ensure that the public knows where these chemicals have been used and is protected from their impacts.”

In response to its findings, the report includes a series of recommendations. It suggests assessing whether or to what extent PFAS or PFAS breakdown products have hurt public health; tracing where waste products from these controversial chemicals have ended up and testing waters, plants and animals in the local proximity for their presence and placing a hold on all PFAS use for oil and gas drilling.