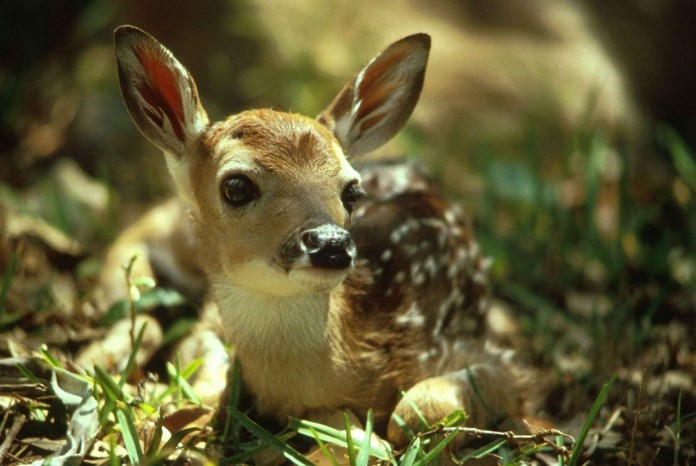 UNIVERSITY PARK, Pa. — The first ever study of the levels of the stress hormone cortisol in the saliva of newborn white-tailed deer fawns yielded results that have Penn State researchers suggesting predation is not the only thing in the wild killing fawns.

“We think the hormone offers a way to evaluate factors in the environment that affect fawns, such as disease, but are difficult to evaluate when just looking at a carcass that has been picked over by predators,” said researcher Duane Diefenbach, adjunct professor of wildlife ecology. “By then, it’s impossible to be certain what truly caused the fawn’s demise.”

Diefenbach, leader of Penn State’s Pennsylvania Cooperative Fish and Wildlife Research Unit in the College of Agricultural Sciences, led studies of fawn mortality in Pennsylvania in 2000 and again in 2015. Both of those research projects included an assessment of predator effects on fawns in the state.

In the cortisol study, led by Tess Gingery, a research technologist in the Department of Ecosystem Science and Management, salivary cortisol concentrations in 19 newborn fawns were evaluated in May and June 2017. Saliva was actually collected from 34 newborn fawns in two study areas, but some samples had to be discarded in the lab for insufficient quantity or poor quality.

To facilitate capture of those fawns, from January to April of that year, the Pennsylvania Game Commission captured pregnant adult female deer using rocket nets and single gate traps and inserted vaginal implant transmitters. Those devices — often referred to as VITs — notified researchers when and where the does gave birth.

Several hours after getting a signal, a crew would scramble to find and process the fawn. The cortisol measuring was just some of the data collected before it was released unharmed to its mother, that lingered nearby. It was important to collect the saliva quickly, however, Gingery explained.

While still in the field, researchers separated the saliva from swabs in portable centrifuges and froze the samples for transport to Penn State for analysis.

There is a lot of evidence that suggests cortisol can be bad for an individual’s survival, body condition, brain development and immune system, Gingery pointed out. Researchers hypothesized that high cortisol concentrations would be bad for newborn fawns’ survival, and the data supported their prediction.

“Fawns that had higher cortisol concentrations in their saliva had lower survival, but we don’t know if the high cortisol concentrations caused higher mortality or not,” Gingery said. “It could be that elevated stress hormones reflect a fawn’s experience with stressful situations rather than causing fawn mortality. For example, a fawn may be starving, which can elevate stress hormone levels, and the lack of food kills the fawn rather than the elevated stress hormone levels.”

It turns out, Diefenbach noted, that cortisol levels were higher in fawns tested in the central Pennsylvania study area — where numbers of predators such as coyotes and bears, and predation rates, are known to be lower — than in the northern Pennsylvania study area — where predators are known to be more numerous and predation rates higher.

“This research could explain why Delaware — which has zero predators — found similar fawn-survival rates to Pennsylvania in a recent study,” he said. “Factors other than predation, such as physiological responses like the cortisol we measured, may influence mortality more than predation. As such, the heavy focus on predation in fawn research may be misguided.”